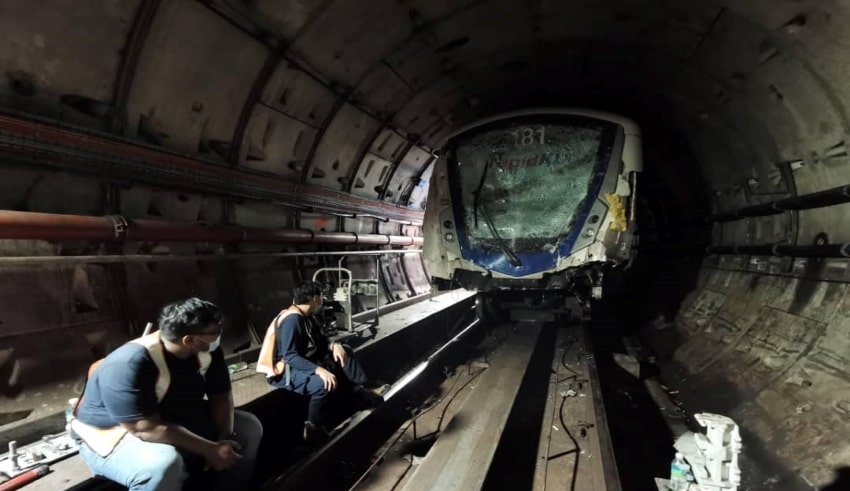 Certain critical rail operating standards of procedure (SOP) were not adhered to which led to the eventual Light Rail Transit (LRT) train collision on May 24, Transport Minister Datuk Seri Wee Ka Siong said of the findings of the nine-member investigation committee today.

“Investigations found that during the transfer process of the malfunctioning train (TR40) to reset both its Vehicle On-Board Communications (VOBC) and resume Automatic Train Operations (ATO) mode, the hostler and Operations Control Centre officers have disregarded critical SOP, indirectly causing TR40 to manually move northbound towards Gombak and not southbound towards the Lembah Subang depot as intended.

“At the same time, another train (TR81) is being held at KLCC station for about 10 minutes but was given clearance to depart the station towards Kampung Baru station without obtaining accurate confirmation which states TR40 has been reset to ATO. This led to their collision.

“The findings of the investigation are not aimed at proving the guilt or liabilities of any parties,” he told a virtual press briefing here.

In the 8.33pm incident on May 24, a train without passengers collided with another train carrying 213 passengers in the tunnel between the Kampung Baru and KLCC LRT stations.

The incident, which an internal investigation initially found to have been caused by human error, seriously injured over sixty of the 213 passengers on board, with six of them admitted to an intensive care unit.

Datuk Seri Tajuddin Abdul Rahman has been fined RM1,500 for violating existing Covid-19 standard operating procedures (SOP) by not wearing a face mask during a press conference here in May.

“It was decided that Tajuddin should be fined RM1,500 for committing an offence under Regulation 17 (1) Prevention and Control of Infectious Diseases (Measures in Local Areas of Infection) Regulations 2021 for his failure to wear a face mask during a press conference as stipulated under the movement control order’s standard operating procedure.

“The fine will be issued at the earliest,” he said in a statement here.