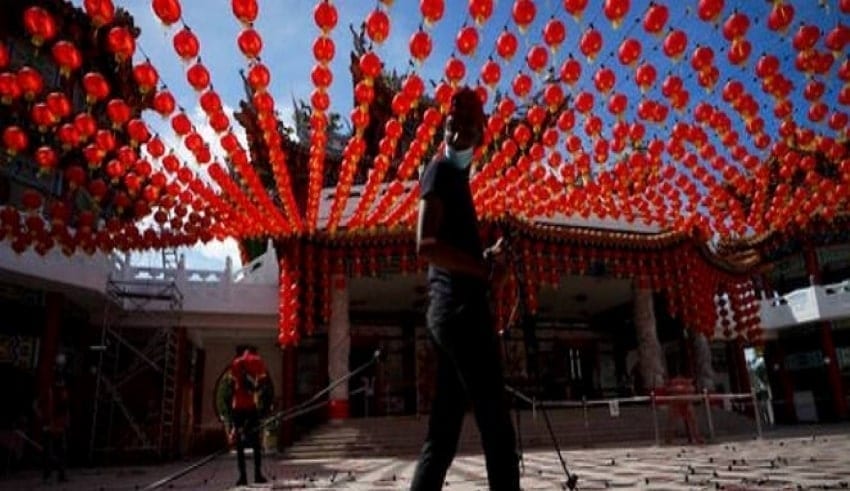 Malaysia is taking a tougher approach, even as it introduces stringent Chinese New Year measures that will limit reunion dinners to only family members staying in the same home.
(C) CNA

KUALA LUMPUR – To ensure compliance with its coronavirus lockout, Malaysia is taking a tougher approach, even as it introduces stringent Chinese New Year measures that will limit reunion dinners to only family members staying in the same home.

At his regular Covid-19 briefing on Thursday, Senior Security Minister Ismail Sabri Yaakob revealed the most stringent protocols for the festive season (Feb 4).

House-to-house visits are forbidden and temple prayers are only for five of the members of the committee, he said.

Meanwhile, Prime Minister Muhyiddin Yassin vowed to step up compliance, warning that it would be necessary to close down companies that refuse to comply with strict health guidelines.

The army, which in the ongoing Movement Control Order (MCO) has been helping police man roadblocks, will be granted powers to make arrests, he said in a pre-recorded message airing on television and social media.

“To strengthen the government’s enforcement capabilities in fighting Covid-19, I have issued an order under the Emergency (Essential Powers) Ordinance 2021 to grant police powers to the Malaysian Armed Forces to make arrests, inspections and confiscations while helping other agencies carry out operations against illegal immigrants and Covid-19,” he said.

In order to increase fines for repeat offenders of the MCO and jail them for some crimes, the government plans to amend legislation, he said.

Under the state of emergency that was proclaimed last month (January), when Parliament is suspended, the government will amend existing laws with the King’s approval.

“The Emergency Management Technical Committee has studied the provisions in the Prevention and Control of Infectious Diseases Act 1988, or Act 342, which need to be amended for stricter and quicker action,” said the premier.

Usually, thousands of people get hauled up and fined daily, often at roadblocks and when checks on business premises are noticed by the authorities.

“Compliance with SOPs in workplaces, workers’ accommodations and business premises is crucial for us to break the chain of Covid-19 infections. Enforcement measures must be intensified to ensure compliance of SOPs.”

In his address, Tan Sri Muhyiddin sought to alleviate concerns about the increasing infections in the region, saying that by the end of February, 500,000 front-liners would begin having vaccinations.

It is anticipated that this exercise will end in April, when the second vaccination process will begin. This is expected to include 9.4 million people, including those over 60 years of age, from high-risk groups and with health conditions such as heart disease, obesity, diabetes and high blood pressure.