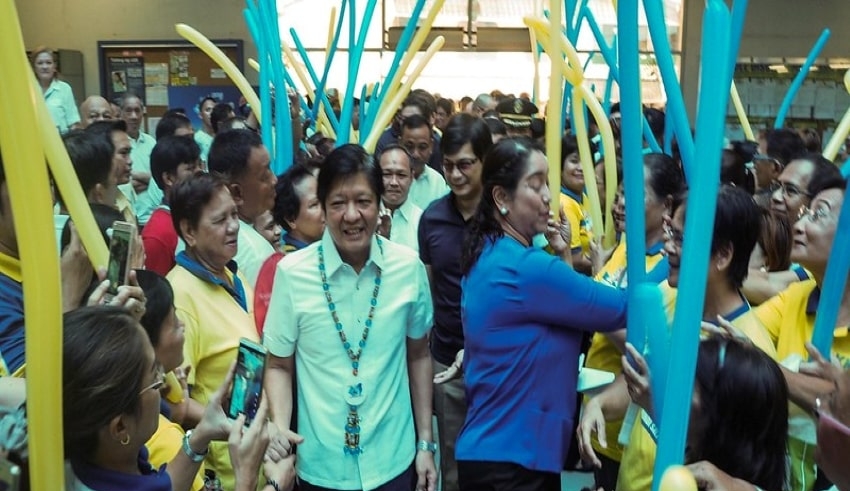 Philippines – A new disqualification case has been filed against presidential aspirant Ferdinand “Bongbong” Marcos Jr. before the Commission on Elections (Comelec).

The disqualification case was filed by a group from the so-called Pudno Nga Ilokano (The Real Ilokano) group, which claimed that its members were martial law victims.

Marcos now has four disqualification cases, two petitions for cancellation of his certificate of candidacy (COC) and a petition seeking to declare him a nuisance candidate.

In their 37-page petition, the group cited the guilty verdict handed down by the Quezon City Regional Trial Court (RTC), Branch 105 in 1995 which found Marcos guilty for violation of the National Internal Revenue Code of 1977 for failure to file his income tax returns (ITR) for taxable years 1982 to 1985, and for the respondent’s failure to pay his tax deficiencies.

It pointed out that Marcos was “convicted eight times” but was reduced to four counts only following the respondent’s appeal before the Court of Appeals (CA). It stressed though that just the same, the appellate court affirmed the lower court’s judgment of “guilty beyond reasonable doubt” on four convictions.

The Presidential Aspirant Can’t Help to Decline A Certain Interview

Petitioners claimed that the CA’s ruling omitting the penalty of imprisonment against Marcos was erroneous because the “CA made no justification as to why the penalty prescribed by law was not applicable”.

Petitioners said that “the correct penalty of fine and imprisonment as prescribed by the NIRC of 1977 on a person’s ‘failure to make a return’ should be considered for purposes of determining the qualification of respondent to run for President under existing laws”.