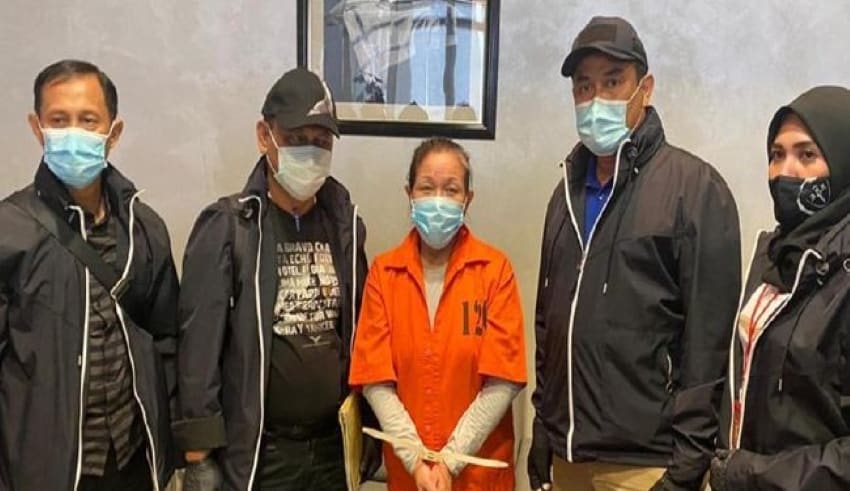 Maria Pauline Lumowa, a fugitive in a major embezzlement case involving more than Rp 17 trillion or around $ 200 million in bank loans, was extradited by the Serbian government to Indonesia on Wednesday, July 8.

She arrived at the Soekarno-Hatta Airport in Tangerang, Banten, on Thursday morning (7/9), 17 years after she was named a suspect.

The suspect was brought to Indonesia after being arrested by Interpol at Nikola Tesla Airport, Belgrade, Serbia on July 16, 2019.

“I am pleased to say that we have officially completed the handing over process or submission of fugitives on behalf of Maria Pauline Lumowa from the Government of Serbia,” Justice and Human Rights Minister Yasonna Laoly said in a written statement Wednesday (7/8) night.

Yasonna said the repatriation had been interrupted, but the Serbian government was firm in its commitment to extradite Maria to Indonesia.

“Indonesia and Serbia are not yet bound by extradition agreements, but through a high-level approach with the officials of the Serbian Government and given the excellent relations between the two countries, Maria Pauline Lumowa’s extradition request was granted,” Yasonna said.

Yasonna called the Serbian Government cooperative in the extradition process. Because Indonesia has helped Serbia extradite the perpetrators of Nikolo Iliev customer data theft in 2015.

Maria is accused by Indonesian authorities of embezzling loans totaling $136 million and 56 million euros issued by state-owned bank BNI between October 2002 and July 2003 through the fictitious Letter of Credit (L/C).

At that time, BNI disbursed loans to PT Gramarindo Group owned by Maria and Adrian Waworuntu.

In June 2003, BNI suspicious of PT Gramarindo Group’s financial transactions began an investigation and found that the company had never exported.

Maria, 62, was later found to be in the Netherlands in 2009 and often went back and forth to Singapore.

The Indonesian government had twice proposed the extradition process to the Government of the Kingdom of the Netherlands, namely in 2010 and 2014 because Maria was known turned out to a Dutch citizen since 1979.

However, both requests were responded by rejection by the Government of the Kingdom of the Netherlands, which instead gave an option for Maria Pauline Lumowa to be tried in the Netherlands.

“The arrest was carried out based on the Interpol red notice issued on December 22, 2003. The government reacted quickly by issuing a temporary detention request letter which was then followed up with an extradition request through the Directorate General of Public Law Administration of the Kemenkumham,” said Yasonna.

Maria did not personally embezzle BNI funds. With her, there are 11 other perpetrators who have been sentenced to prison. Among them, there is also a former BNI official who helped pass Maria’s company loan application.