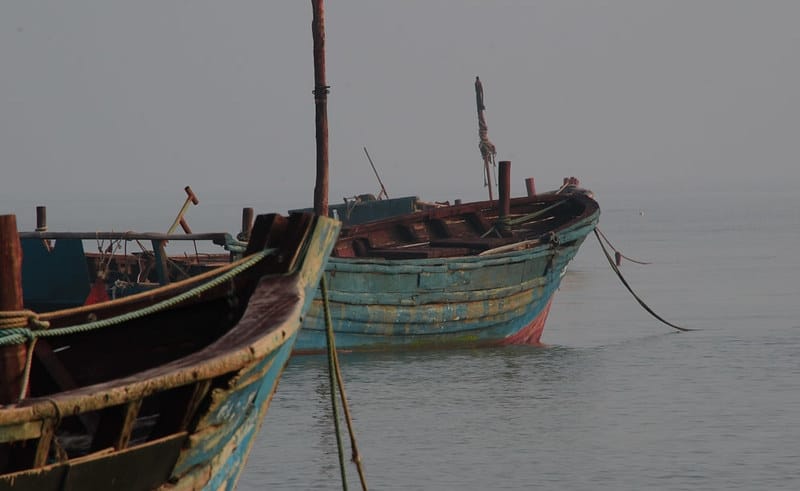 The Indonesian National Armed Forces (TNI) conducted a rescue operation for Indonesian citizens who worked as crew members and were treated inhumanely.

This action should be appreciated because the TNI can again save Indonesian citizens from alleged human trafficking. Even as many as dozens of Indonesian citizens can be brought back safely to their homeland. Even so, an Indonesian crew member was found dead in one of the Chinese fishing vessels. Seafarer’s body was stored in a freezer or refrigerator.

The TNI Commander of Base IV Tanjungpinang First Admiral, Indarto Budiarto gave an explanation of the pursuit of two Chinese-flagged vessels and the discovery of the body of an Indonesian worker of one of the ships, in a dead condition in the freezer.

The death toll, Hasan Afriandi is from Lampung. The Indonesian citizen who died on the Chinese-flagged ship had previously searched for squid in Argentine waters along with nine other Indonesian citizens, on the Lu Huang Yuan Yu 118 Ship.

While on the other Chinese-flagged vessel that was also chased, namely Lu Huang Yuan Yu 117, there were 12 Indonesian citizens who worked as seafarers.

According to Indarto, the ambush almost failed because the two ships were about to enter Singapore waters.

“This Chinese-flagged Lu Huang Yuan Yu 117 ship almost failed to be captured. Because it almost entered Singapore waters. But the alacrity of the joint team, the ship was finally successfully been stopped, “said Indarto as quoted by Kompas, Wednesday, July 8.

Indiarto said, on the ship Lu Huang Yuan Yu 118 there was 32 crew consisting of 10 Indonesians including the late Hasan Afriandi and 15 foreigners from China and eight foreigners from the Philippines.

“The results of the temporary statement of the citizens have worked for seven months or since January 1, 2020, until now,” said Indarto.

The Indonesian citizens including the late Hasan Afriandi departed from Jakarta on December 31, 2019, with the aim of Changi airport, Singapore.

After arriving in Singapore directly delivered by agents onto the ship Lu Huang Yuan Yu 118.

Then, this ship departed from Singapore to Argentine waters, January 1, 2020, to search for squid.

“Until now, this case is still under development because there are allegations of acts of persecution, money laundering, and acts of human trafficking,” Indarto said.

“It will be checked by the Riau Islands Police and Immigration, including whether there are drugs,” Indarto added.