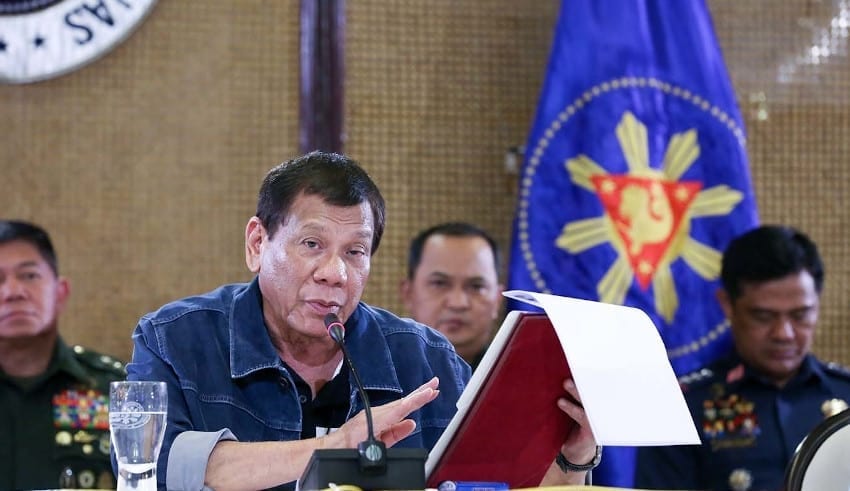 President Rodrigo Duterte placed a 30-day lockdown on Metro Manila on Thursday, barring travel to and from the national capital until April 14, extending the suspension of classes in the metropolis until April 12, and banning’ expected or accidental’ mass gatherings after 52 cases and five deaths from the pneumonia-like disease COVID-19 were confirmed by the Department of Health.

The President authorized a resolution by the IATF-EID (Inter-Agency Task Force for the Management of Emerging Infectious Diseases) to lift the COVID-19 warning to code red sublevel 2, which placed “group quarantine” on Metro Manila and other steps to prevent the spread of coronavirus that causes the acute respiratory disorder.

He said that he would “convert” the resolution into an executive order for it to be enforced by authorities.

The Health Department announced that five people have died since January, including three that it announced on Thursday night.

Mr. Duterte announced that domestic ground, sea and air travel “to and from Metro Manila will be suspended from 15 March 2020 until 14 April 2020… subject to the regular monitoring of the interagency task force.” He urged the public to obey the orders of the authorities, including the military and police forces.

The government encouraged the private sector to follow flexible structures for jobs. The Department of Labor and Jobs and Trade and Industry is charged with issuing guidance to safeguard workers ‘ welfare.