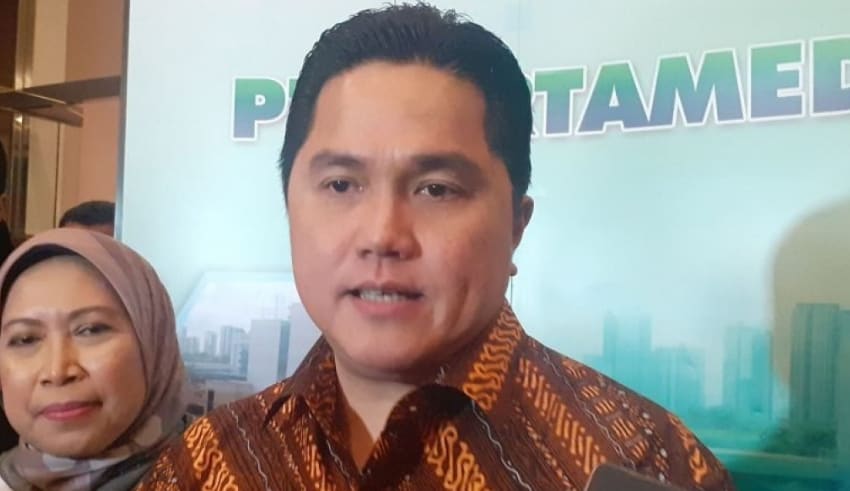 Minister of State-Owned Enterprises (SOEs), Erick Thohir, said that in the future there would be no more SOEs to build universities. He invited SOEs to cooperate with existing universities. Because the university currently has many discoveries that are not contained.

“Yesterday I said that there was no SOE that wanted to make a university, but we and the university did the RnD together because that is why there are many discoveries at universities,” Minister Erick said through Video Conference, Jakarta, Wednesday, May 20.

The prohibition of establishing a university is intended so that SOEs do not compete with universities. But it can jointly form a good ecosystem in supporting the procurement of various cutting-edge technologies in the country.

“Yesterday I said that there was no SOE that wanted to make a university, but we and the university did the RnD together because that is why there are many discoveries at universities,” Minister Erick said

“So we cannot become competitors but support each other’s ecosystems. Then the competition gap in SOEs now, we standardize talent development so there is a rotation of the assignment program,” Erick explained.

Learning from the coronavirus pandemic at this time, cooperation between SOEs and universities is also very important. Because so far there have been many dual roles of SOEs in conducting business even though they should have collaborated with universities.

“The health industry in SOEs all overlaps and their alignments are not clear. This is what we want to change in the future that RND, Indofarma, Kimia Farma, working with universities and research institutions,” he said.

Moreover, Erick Thohir said SOEs must be able to build a good business ecosystem, not just synergy, between SOEs, Regional-Owned Enterprises (BUMDs), Village-Owned Enterprises (BUMDes), or the private sector. Although there is no doubt that synergy between companies brings goodness, but Erick rate, this should not be an ‘ivory tower’. SOE business clusters must be tightened and linked to interrelated business sectors to avoid overlapping and chaotic business processes.

“In determining leadership in SOEs sometimes we only place people, but they are not strategically guarded. Instead of being damaged, what is this matter, this is dangerous, so there are small kings or rogue elements,” he said.

For that reason, going forward, Erick Thohir’s focus will not be solely on the placement of leadership chairs but also ensures the business model in each cluster becomes more efficient and effective because each business line will be connected to the supply chain.

Thus, connections between SOE clusters whose fields are interconnected will build supply chains so that the business ecosystem is good, as well as its impact on the community.

“Now we are making a good supply chain but still building ecosystems for the community,” he concluded.

Leo is heading to the city of Chandigarh, which is located in the foothills of the Himalay…