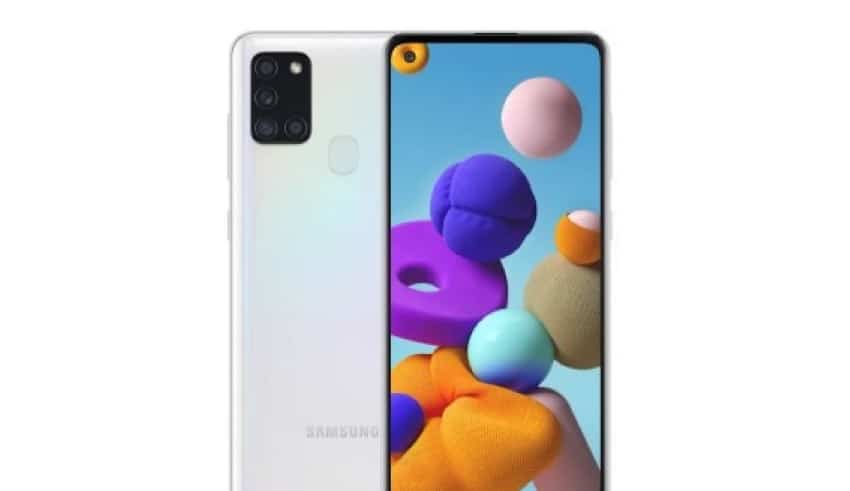 Despite the crisis, here’s a surprise from Samsung, with the launch of the Galaxy A21s, the Samsung Galaxy A series has a new member. This looks like the successor to the Galaxy A20s on the surface, and comes with a quad-camera setup and a huge battery capacity close to the top of the Galaxy S20 Ultra line.

Up front, the Galaxy A21s sports a 6.5 “Infinity-O panel with the punch-hole at the top left corner housing a selfie 13MP sensor. The screen pushes a 1600×620 pixel HD+ resolution and runs under the hood on an unspecified octa-core processor which is clocked for all eight cores at 2.0GHz.

This device can be equipped with either 3 GB, 4 GB or 6 GB of RAM and with internal storage of either 32 GB or 64 GB. There’s a microSD slot that makes up to an additional 512 GB storage expansion.

The system comes with a rectangular camera boost in the camera department with a 48MP main camera, an 8MP ultra-wide angle photographer, and two 2MP cameras for depth and macro effects. The app is fitted with a rear-mounted fingerprint sensor and Samsung claims it has Dolby Atmos audio enhancement but it’s likely to come with a single-fire speaker.

Powering the unit is a 5,000mAh wide battery and supports fast 15W charging. This comes in three shades − Red, White and Blue.

The Samsung Galaxy A21s will be on sale in the UK with a price tag of GBP 179 (about RM949) beginning June 19th. This could be the most affordable smartphone from Samsung with a 48MP main camera. Interestingly, there’s a Galaxy A21 (without the s) announced in the US last month that comes with a triple-camera setup and a smaller 4,000mAh battery.

There are still no information on its availability for Malaysia so far. The Galaxy A20s with 32 GB of storage are reportedly going for RM699. If you’re looking for a budget phone with a big battery, Samsung recently unveiled the Galaxy M31 that is packing a 6,000mAh battery and a 64MP high-resolution main RM1099 camera.