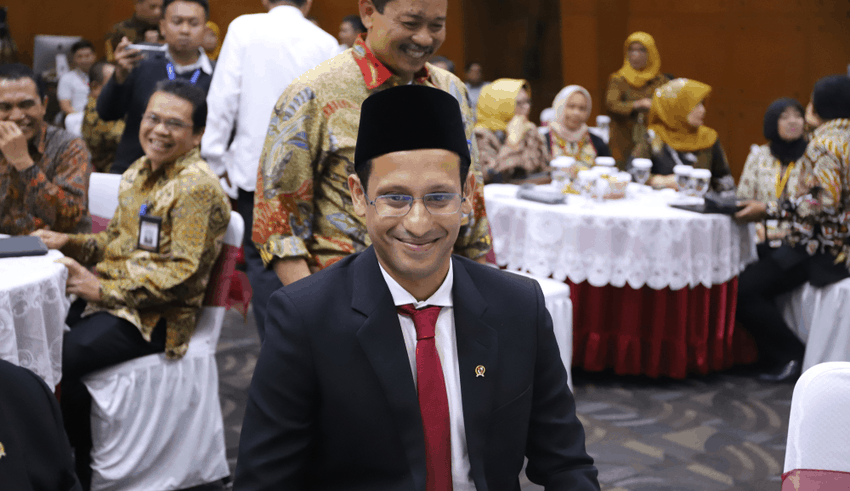 This discourse was conveyed by Nadiem in a meeting with the House of Representatives Commission X on Thursday, July 2. At that time, Nadiem spoke about the future map of education in Indonesia.

“What happened after COVID-19, after this pandemic, there are a number of structural changes that will have an impact on our education road map, and on our education system. The first is that distance learning will be permanent, not distance learning far away that is pure, but in hybrid mode in my opinion the adaptation to technology will definitely not come back again, “said Nadiem.

According to the former Gojek boss, distance learning can be an opportunity for technological efficiency. Parents of students to school can cross the learning methods

According to Acting Director-General of Early childhood education (PAUD)-Primary and Secondary Education (Dikdasmen) Muhammad Hamid about PJJ which will be permanent after the COVID-19 pandemic in the hybrid model. A hybrid model that combines online learning with face to face sessions.

However, Nadiem’s proposal has drawn criticism from a number of parties.

“Building human resources is not the same as building applications. If an application is left to be ordered, it is an application,” Indra said as quoted by JPNN.com, Monday (6/7).

Indra further said that the Ministry should conduct a PJJ evaluation in the context of developing people.

He cited a case study of a doctor, which is in treating the disease there must be an examination of the patient. Likewise with the teaching process that cannot use the concept of one size fits all, aka one size for all. But it must provide personalized/individualized learning

On the other hand, the People’s Representatives Council (DPR) Commission X did not agree with the PJJ discourse to be applied permanently and hybrid, which was revealed by Nadiem.

Chairperson of DPR’s Commission X, Syaiful Huda said that distance learning only fulfills two of the six aspects of student learning with teachers. The six aspects are religious and moral, physical-motor, cognitive, language, social-emotional, and artistic values ​​based on Permendikbud Number 137 of 2013.

Tina Toon assessed that not all people can afford to buy a cellphone or internet quota. Especially according to her, there are still many people who are technology blind.

“Not all people are rich. Not all technology-literate people like in big cities, what about remote areas ?” she said.

The same thing was conveyed by Deputy Chairman of DKI Jakarta DPRD Zita Anjani who said that not all people, especially students, in Indonesia are technology literate. Moreover, internet access and technology have not been evenly distributed or are still limited, especially in remote and remote areas.

Zita also mentioned that the existence of this proposal proved that Minister Nadiem did not know the character and condition of students in Indonesia who actually needed face-to-face learning.

Even so, the politician from the National Mandate Party (PAN) appreciated the move or the mindset of Nadiem who was far ahead. But Zita suggested that the step should be realistic by looking at the current conditions.

She also gave an example of several developed countries such as the United States and Singapore, with the quality of teachers and adequate education infrastructure that still applies face-to-face learning.

Meanwhile, Director of the Center for Management and Public Policy Studies (MKP), Gadjah Mada University (UGM), Agustinus Subarsono conducted a survey of 385 students in Yogyakarta, from elementary to the high school level. As many as 72 percents of students said that it was difficult to understand the material presented through the PJJ method.

The survey was also conducted on 270 teachers. Teachers also have difficulty in providing material during PJJ. “79 teachers had difficulties. 15 percent said it was the same and only six percent claimed PJJ was easier for them,” he said.

According to Augustine, this difficulty was influenced by several things. Among these is the lack of PJJ infrastructure.

According to him, the problem can be solved immediately. He hoped the central and regional governments could intervene to develop PJJ innovations. For example, the free Zoom feature, education funding for facilities and infrastructure, as well as student and teacher infrastructure.