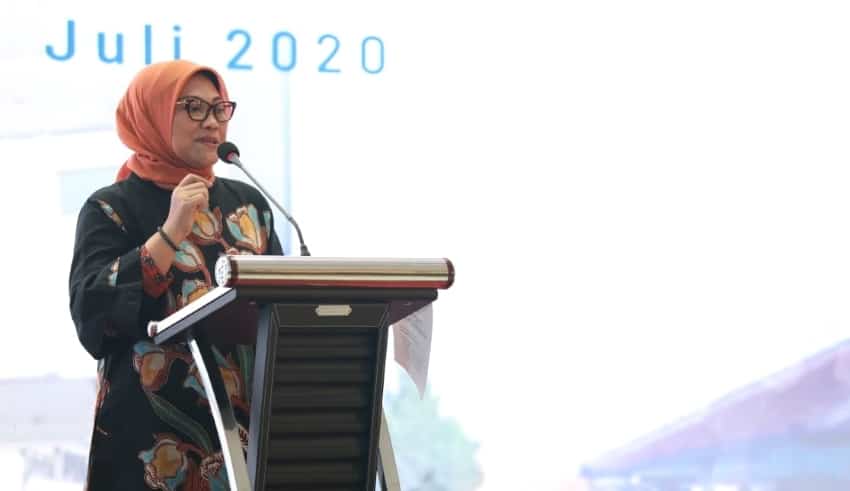 The Minister of Manpower Ida Fauziyah stated that her side was ready to run a government subsidy program for workers affected by COVID-19 with an income of below IDR 5 million.
(C) Kementerian ketenagakerjaan / twitter

The Minister of Manpower Ida Fauziyah stated that her side was ready to run a government subsidy program for workers affected by COVID-19 with an income of below IDR 5 million.

Starting in September 2020, the Minister of Manpower emphasized that salary subsidies would be given to 13.8 million workers of Rp. 600 thousand per month for four months and disbursed every two months to the accounts of each worker. That means that in one disbursement, workers will get a subsidy of Rp1.2 million.

“This assistance is a stimulus program being prepared with the National Economic Recovery Task Force (PEN), Ministry of Manpower, Ministry of Finance, and Workers Social Security Agency (BPJS Ketenagakerjaan). We are targeting this program to run in September,” said Menaker Ida Fauziyah in an official statement in Jakarta, Thursday.

The scheme is carried out because the government wants to ensure that people’s purchasing power and consumption are maintained to encourage economic growth in the third and fourth quarters.

As is known in quarter II-2020, Indonesia’s economic growth contracted by 5.32 percent year on year (YoY).

Meanwhile, the conditions for workers who receive these subsidies are private workers. Ida ensured that the subsidy recipients were not civil servants or employees of State-Owned Enterprises (SOEs). Subsidized workers must be workers who are actively registered with BPJS Ketenagakerjaan with a contribution of under IDR 150,000 per month or equivalent to a salary of under IDR 5 million per month.

Based on data from Workers Social Security Agency, there are 13.8 million workers who have salaries below IDR 5 million. The data continues to be validated so that the subsidy program can be on target and minimize duplication.

For this subsidy, the government has budgeted Rp. 33.1 trillion with the hope of accelerating the process of economic recovery and preventing recession.

The government’s plan to provide incentives of Rp 600 thousand for private-sector employees with salaries below Rp 5 million was welcomed by the People’s Representative Council (DPR).

Deputy Chairman of DPR, Sufmi Dasco, said that this assistance was a good step that had been implemented in many countries.

“I think it is a good step taken by the government and this is not only being promoted by the Indonesian government, it is being held in other countries,” said Dasco at the Senayan Parliament Complex, Thursday, August 6.

Even so, Dasco reminded that the assistance must be right on target and reach those who are entitled.