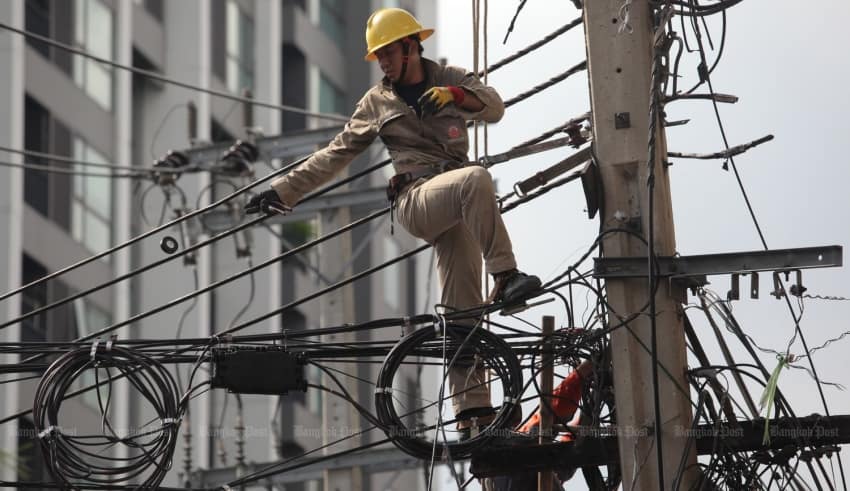 The Energy Minister, Sontirat Sontijirawong, says a meeting of the cabinet ministers today acknowledged measures to reduce electricity bills for some 22 million households for three months, from March to May this year, with a budget of about 23 billion baht.

The Energy Minister said the cabinet meeting was informed about the relief measure for electricity users, as people are following the government’s stay-at-home guidelines to help limit the spread of the coronavirus disease 2019 (COVID-19). He thanked related units, such as the Office of Energy Regulatory Commission (ERC), the Electricity Generating Authority of Thailand (EGAT), the Metropolitan Electricity Authority (MEA) and Provincial Electricity Authority (PEA), for finding solutions to help the general public. The measures will benefit some 22 million households and will cost the government 23.68 billion baht. Mr. Sontirat said further details of the implementation of the measures are yet to be discussed. Concerning the business and industrial sectors affected by the pandemic, he said they have shared their information and opinions with the media or contacted him directly. Relevant agencies will collect the information related to their problems and look into them.

The Ministry of Energy resolved that households with a power meter size up to five amperes will be able to use 150 units a month free of charge. If it exceeds 150 units, free electricity will still be granted, if their consumption does not usually exceed 150 units. For households with a power meter size more than five amps, if their use of electricity does not exceed 800 units, they will pay as much as they did in their February bill. If the amount exceeds 800 units but is below 3,000 units, they will receive a 50 percent discount. Households that consume over 3,000 units will receive a 30% discount.

The first measure will be to offer free electricity to households holding 5-amp metres from March to May. The second measure will be applied to households that have stronger than 5-amp metres and use more than 150 units per month. Their monthly bill during the March to May period will be based on the units they used in February. Consumers will have to pay their March bills first before the difference is refunded to them later. The ministry is expected to spend Bt23.668 billion on this subsidy.