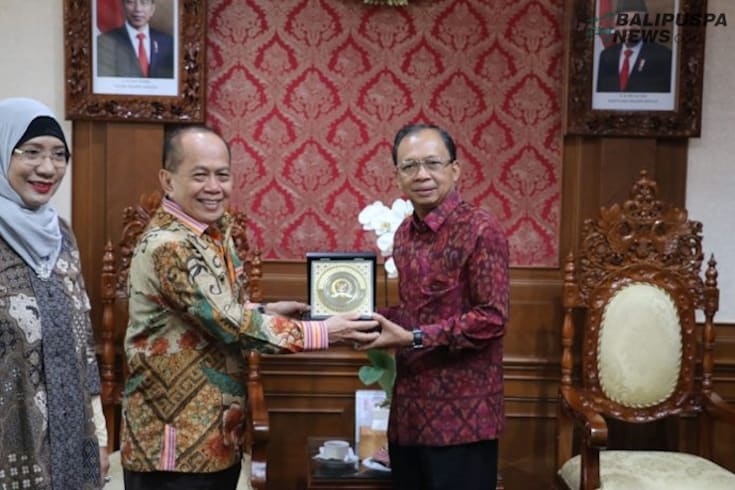 The People’s Consultative Assembly (MPR) under the leadership of Bambang Soesatyo, immediately completed the discussion related to the amendment to the 1945 Constitution which had become a national issue and returned the MPR as the highest state institution. This was conveyed by Deputy Chairman of the People’s Consultative Assembly Syarief Hasan paid a visit to the Bali governor, Wayan Koster in Denpasar, Bali, Friday (14/2).

The visit was a step of the MPR in absorbing people’s aspirations related to the discourse of amending the 1945 Constitution and returning the function of the State Policy Outline (GBHN).

“Mainly we want to get the views of the governor as a representative of the government in the region and who communicate with the people about his views regarding the discourse of changes to the constitution 45, amend and enter several points in the 45th Constitution,” Syarief said at the location.

Syarief said, returning the MPR as the country’s highest institution, but not in the context of the presidential election appointed by the MPR.

He also said, the MPR was the last guard in solving national political problems.

The Governor of Bali, Wayan Koster supports the MPR discourse that will amend the 1945 Constitution in returning the GBHN back into the Constitution as a national development road map.

He emphasized that national development was not necessarily uniformed, bearing in mind that the Unitary State of the Republic of Indonesia, which consists of various islands and cultures, had different potentials.

“The national development road must be sorted nationally, followed by all regions and regions are also given the freedom to regulate according to local wisdom, their respective potentials. For example in Bali, don’t say there must be energy development, while here are tourists, so the point is there, “said Koster.