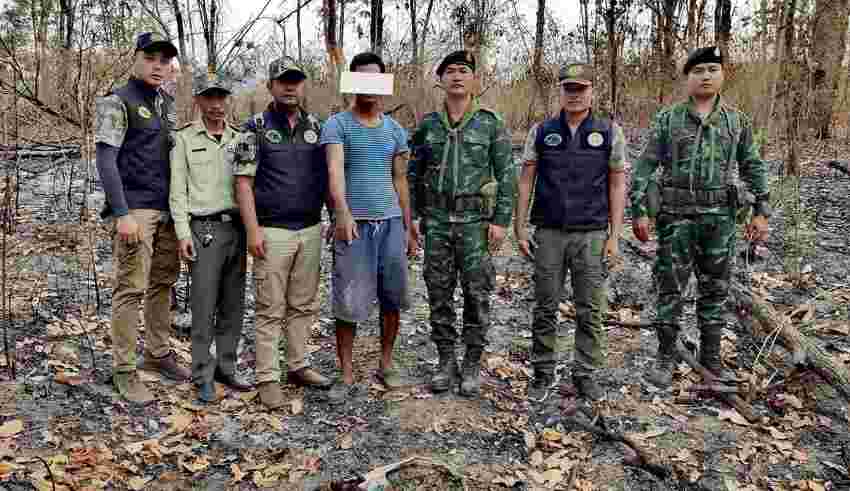 The Department of National Parks, Wildlife and Plant Conservation said a combined team of Kanchanaburi wildlife checkpoint officials and paramilitary rangers found the carcasses of the two protected animals at Ban Phu Nam Ron border village in tambon Ban Kao of Muang district at around 1pm on Wednesday.  The suspect, 39,  was handed over to Muang police station for legal action. The Myanmar man drew heavy criticism among netizens after photos of him and the carcasses of the protected animals were posted on the department’s Facebook page.