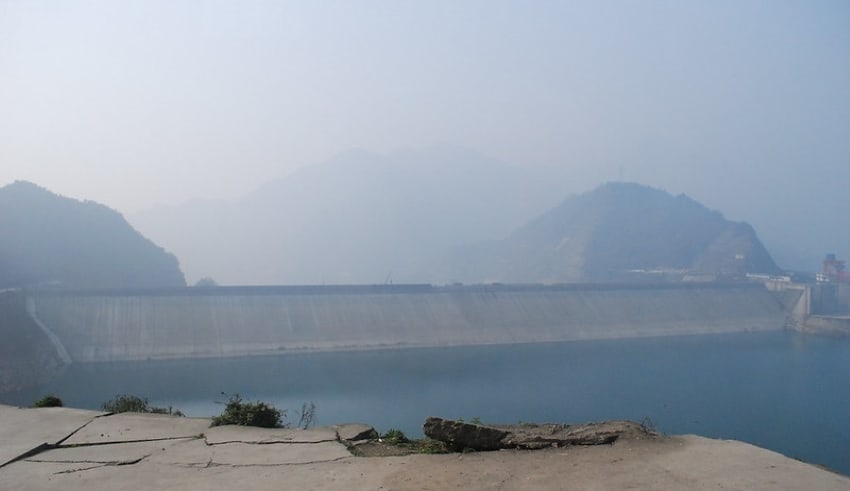 After days of heavy rain, the dam at a small reservoir in the Guangxi area of China gives way in a failure that could be a harbinger of sterner tests for several of the country's 94,000 ageing dams as the environment gets extremer.
(C)flickr, rubikmaniagen

Last month, after days of heavy rain, the dam at a small reservoir in the Guangxi area of China gives way in a failure that could be a harbinger of sterner tests for several of the country’s 94,000 ageing dams as the environment gets extremer.

Located in the county of Yangshuo, famed for its otherworldly karst scenery, the dam collapsed at around midday on 7 June, inundating highways, orchards and fields in the village of Shazixi. Built in 1965, the compact earth dam was built to accommodate 195,000 cubic meters of water, adequate to fill 78 Olympic swimming pools and satisfy the irrigation needs of the farmers of Shazixi.

On a mid-July visit to the reservoir, Reuters found the length of the dam, about 100 m long, had largely disappeared. This was further improved 25 years ago. A leader of a survey crew at the reservoir said the water went over the dam, which then failed, refusing to be named because he was not allowed to talk to reporters.

Residents of Shazixi claimed there had been no casualties. But the failure, which has not been recorded by domestic media, indicates that major storms may be able to overpower reservoirs, particularly if the construction is inadequate and maintenance was patchy. This increases the risk of catastrophe in river valleys and flood plains that are much more heavily settled than they were before dams were built.Environmental organizations warn that climate change means more intense and regular storms.

Massive flooding could trigger unforeseen “black swan” events, the government says, with extreme consequences. In the 1950s and 1960s thousands of dams were constructed in a hurry driven by Mao Zedong to fend off drought in a mostly agrarian China.

In 2006, the Water Resources Ministry claimed that dykes had failed at 3,486 reservoirs between 1954 and 2005 owing to under-standard construction and inadequate maintenance. It remained uncertain if record-breaking rains were to blame for the failure of Shazixi, or if silt had overwhelmed the dam’s emergency spillway, or if it was a structural issue.

The Area department of water resources declined to comment. The county administration did not respond to a request for clarification. In Guangxi, in south-western China, rainfall and temperatures in 1990-2018 were significantly higher on average than in the previous 29 years, official data shows. It is the intense disasters that bring dams at risk, said David Shankman, a University of Alabama geographer who is researching Chinese floods. In fact, according to a note at the control station at the Shazixi reservoir, the 151.2m-tall dam was constructed with a worst-case scenario of once in two millennia in mind, with water predicted to exceed 149.48 m. It overflowed last month