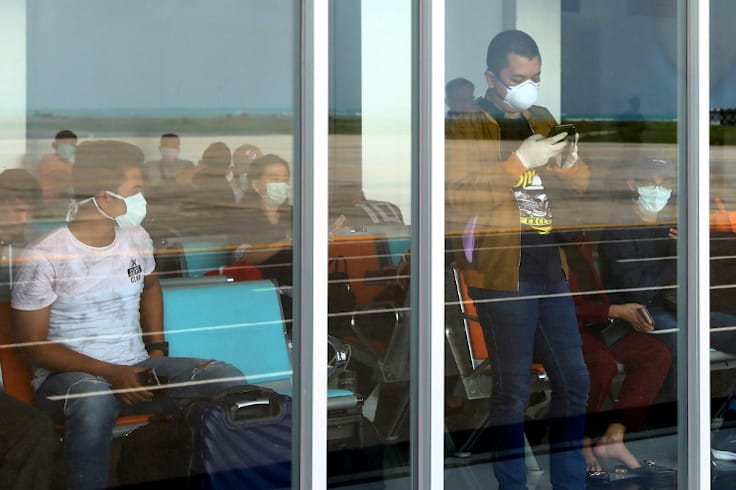 The 238 Indonesian citizens evacuated from Wuhan and surrounding areas of Hubei province, China, will be able to leave the quarantine area in Natuna, Riau Islands in the very near future. This was confirmed by the Indonesian government, if they remain healthy until the end the of the 14-day observation period on Saturday.

After two-week obervation period, Coordinating Human Development and Culture Minister Muhadjir Effendy said on Thursday the ministry and the National Disaster Mitigation Agency (BNPB) had finalized plans to release the evacuees once that observation period ended and they remain healthy.

As reported previously, amid the outbreak of the novel coronavirus, then the government decided to evacuate 238 Indonesian citizens from Wuhan and surrounding areas of Hubei on February 2. They arrived at Hang Nadim Airport in Batam first, then immediately airlifted to Natuna Island for quarantine.

Regarding that repatriation, The ministry’s public health improvement coordination undersecretary Agus Suprapto said a total of 47 officers and health workers in the quarantine area would also be sent back to their respective hometowns in 29 provinces across the country.

Meanwhile, there is also news that mentioned the observation period to be extended to 24 days. And overthere, many have argued a 24-day quarantine would be more reliable than 14 days. In response to that, BNPB head Doni Monardo said he would continue to coordinate with the Health Ministry, which is coordinating with the World Health Organization (WHO). As refered by the WHO, Doni said, it will still maintain 14-day incubation period for COVID-19.

He also added that the Indonesian Military (TNI) would prepare four airplanes to depart from Natuna for Halim Perdanakusuma Airport in Jakarta between 1 p.m. and 2 p.m.

To facilitate them, The BNPB has booked commercial plane tickets for the evacuees to return to their hometowns, including accomodations to those who will stay overnight in Jakarta.

For the relatives of evacuees, as said by Health Minister Terawan Agus Putranto, would be allowed to pick them up in Natuna.