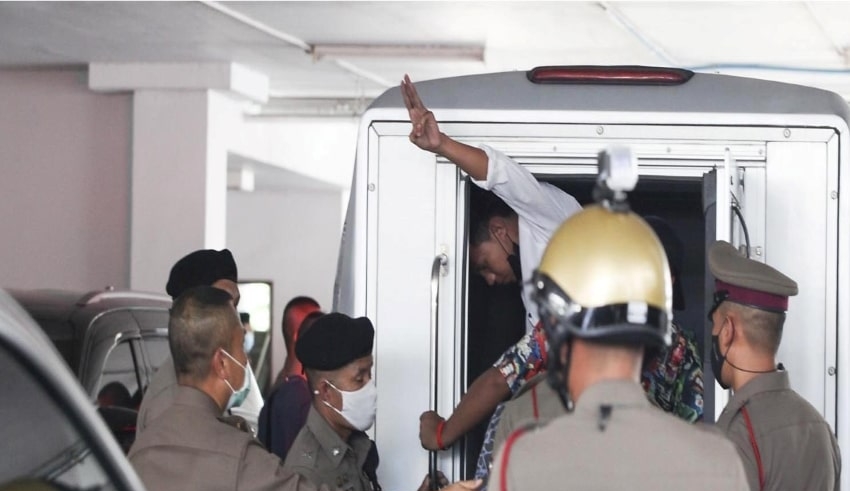 Failure to act against the members would result in police being charged with dereliction of duty under Section 157 of the Criminal Code, he said, adding that he’s advised officers to maintain neutrality and avoid taking sides between two youth protest groups. Pol Gen Chakthip made the remark after a House committee reviewing the budget bill for next year asked him about the arrests yesterday.

The Criminal Court accepted bail applications for nine of the protesters, including the human rights lawyer Arnon Nampa and two rappers. They were arrested for their involvement in the July 18 and Aug 3 protests yesterday and Wednesday.

The court required them to refrain from committing the same offences until their demands were accepted. The court also allowed politicians and educators, including three Move Forward Party MPs, two Pheu Thai Party MPs and four academics, to serve as guarants. Five more suspects were arrested Thursday, including two more rappers.