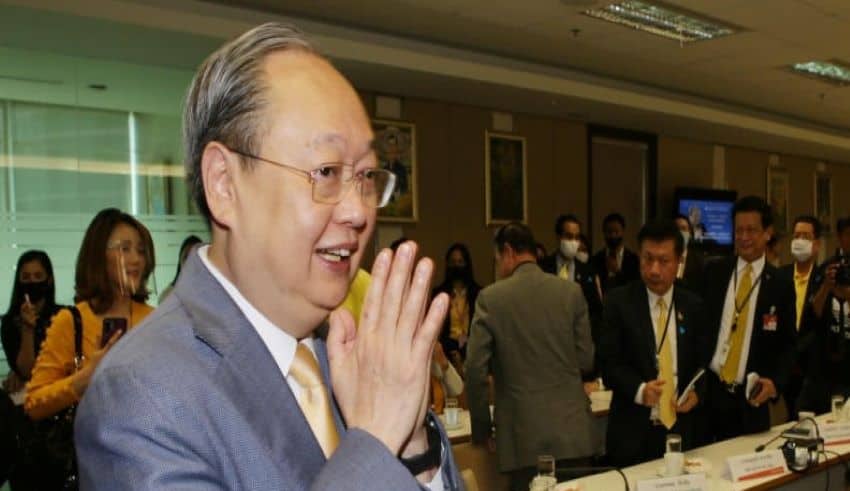 Former energy minister Sontirat Sontijirawong said on Friday that he plans to continue working for the country's good, even though he no longer has political clout.
(C) Bangkok post

Former energy minister Sontirat Sontijirawong said on Friday that he plans to continue working for the country’s good, even though he no longer has political clout.

The 60-year-old, who resigned Thursday from his portfolio, said he was pleased with the success of many projects he had moved forward over the past 12 months. His resignation merely marked the beginning of a new phase in people work.

He didn’t clarify what the new task is, saying the he needs time out first to relax. As he bade farewell to energy officials yesterday, he said he was looking forward to seeing his successor continuing with energy initiatives aimed at improving the lives of people.

He said the solar rooftop scheme for householders will be re-launched in the second half of this year, after some of the requirements have been changed to enable people to generate and sell electricity to the grid.

He also stressed the need for accountability in the operation of the Energy Conservation Fund, which is subject to claims that politicians abuse it.

The four people resigned from the group afterwards last week. They were members of the former deputy prime minister Somkid Jatusripitak ‘s economic team which resigned recently. The prime minister promised a new line-up of cabinets by the end of next month.