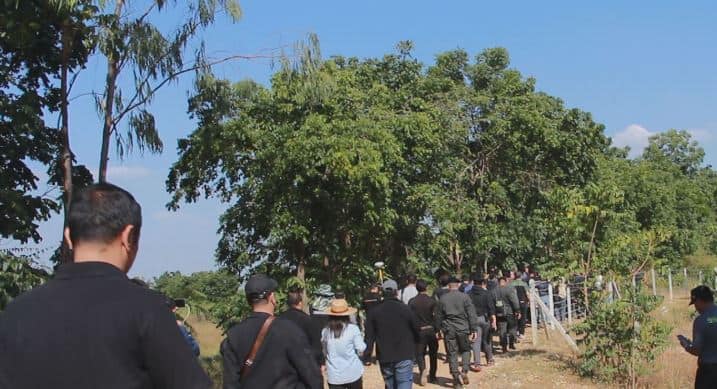 He said the land plots designated as Sor Por Kor include the 682 rai in the Khao Son area which was previously occupied by Ms Pareena. The MP earlier sent a letter notifying Alro of her agreement to hand back the land unconditionally. Under the land allocation plan, eligible farmers will be allocated 2.5 rai each for living and farming, 300 rai of land will be distributed for use by the community to raise livestock and a further 200 rai will be allocated for the building of water storage facilities and other infrastructure such as drying beds.

Mr Vinaroj said that Alro officials will inspect the plot, determine which buildings should be dismantled and ask Ms Pareena to comply. According to Alro’s secretary-general, the Royal Forestry Department has already filed charges with the Natural Resources and Environment Crime Division accusing Ms Pareena of illegally occupying the land.