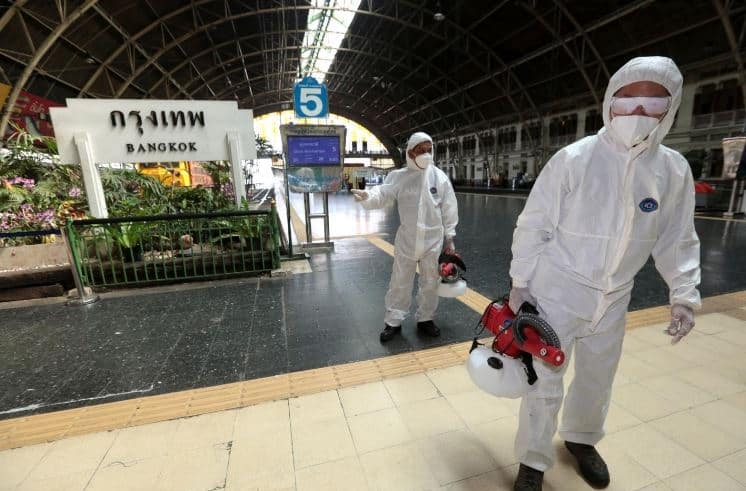 Central banks in Thailand and the US are expected to further slash their policy interest rates in the hope that monetary stimulus will help mitigate the impact of the coronavirus epidemic, economists say.

They also provided a grim forecast for Thailand’s economic outlook this year, expecting GDP growth to arrive at no more than 2%. The US Federal Reserve on Tuesday announced an emergency rate cut to boost confidence through a 50-basis-point reduction, leaving the rate in a range of 1-1.25%.

The move was made 15 days before the next scheduled policy meeting, reflecting concerns about the virus outbreak taking a toll on the US and global economies as supply chains linked to China are shut down, AFP reported.

Thailand’s central bank in February cut the benchmark interest rate by 25 basis points to an unprecedented low of 1%, following two previous rate cuts in 2019, in a move seen as pre-emptively warding off coronavirus impact. The Fed is expected to make a 25-basis-point cut at its upcoming meeting on March 17 and 18, with another quarter-point reduction anticipated at the April 28-29 meeting, said Tim Leelahaphan, an economist at Standard Chartered Bank Thai. Aggressive monetary easing is aimed at reducing the virus impact on the US economy as initial data signals a slowdown, Mr Tim said.

Koraphat Vorache, head of Thailand equity strategy at Capital Nomura Securities, said Asian economies could experience a worst-case scenario if the outbreak continues into June, as the virus would sap the economic recovery. The risk of another sharp stock market correction in April could emerge when SET-listed companies start to announce their first-quarter earnings results, while the risk of profit-taking when stocks rebound cannot be overlooked because this would send the bourse into a downward spiral, said Thanomsak Saharatchai, executive vice-president of investment research at KT Zmico Securities.