The Asian Affairs > ASEAN News > PN Restores the Assembly of Melaka State after Nominating its own President, without any Resistance 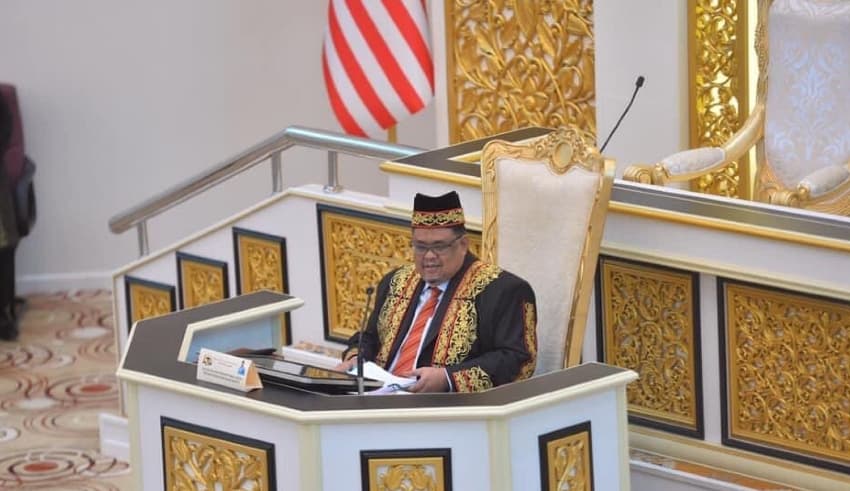 The state assembly in Melaka reconvened after members of Perikatan Nasional (PN) voted on their own as the new Speaker in state umno president Datuk Seri Ab Rauf Yusoh.

This came after physical threats and books reportedly tossed about by PN leaders, leading to the sitting adjourned by Speaker Omar Jaafar, who is allied with Pakatan Harapan.

The surprise started about 10 am when BN’s Sungai Udang state assemblyman Datuk Seri Idris Harun tried to carry forward a motion to replace Omar on the grounds that PH is no longer leading a majority.

Malay daily Berita Harian reported that the appointment of Ab Rauf had been made during the assembly presided over by Datuk Wira Ghazale Muhamad (BN-Rim).

The study said that Ab Rauf was elected after securing votes from 16 of the 17 state assemblymen of the National Alliance (PN), when all members of the Opposition were absent.

The plan was read out by Melaka Chief Minister Datuk Sulaiman Md Ali and endorsed by Datuk Seri Abd Ghafaar Atan (BN-Asahan) and was endorsed by another fifteen state assembly members.

He also said some assemblymen were tossing a book at the speaker and creating havoc in the hall that caused Omar to adjourn the sitting twice.

Malacca ‘s new state government will respect the state assembly ‘s constitution and structure, and respect the speaker’s supreme authority so long as the speaker is no longer altered by the mechanism given.

In fact, nly government media was allowed to cover the sitting through another television room whereas all other journalists were not allowed to do so. Malaysiakini announced that deputy speaker of the Malacca state assembly, Wong Fort Pin, said the media ban was unparalleled at today’s sitting.

State assembly officials cited the Covid-19 media ban pandemic, and only an in-house team from the Department of State Chief Ministers would be allowed to film the sitting. Subsequently, the Office of the Chief Minister agreed to authorize only government press agencies to cover the sitting.

The government of the state of Malacca Harapan collapsed on March 2 when Rembia assemblyman Muhammad Jailani Khamis of PKR and Pengkalan Batu assemblyman Norhizam Hassan Baktee of DAP defected in favor of the new government which now has a total of 17 delegates.