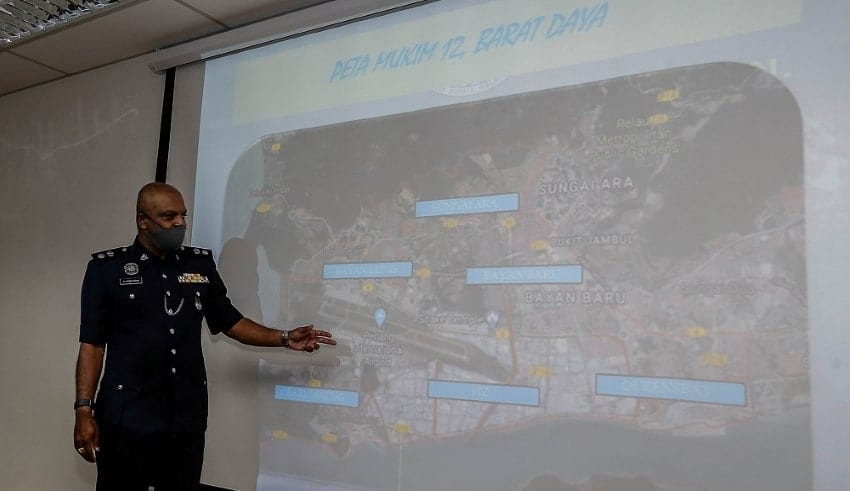 - People traveling in and out at the Penang International Airport (PIA) must secure a police permit to enter the premises starting tomorrow.
(C) MalayMail

GEORGETOWN – People traveling in and out at the Penang International Airport (PIA) must secure a police permit to enter the premises starting tomorrow, Southwest district police chief Supt A. Anbalagan.

Located within the southwest district on Penang island, The Penang International Airport will come under a conditional movement control order (CMCO) until November 19.

The district police chief said that those living within Mukim 12 and outside the area who are flying to other states will need to secure a permit with valid reason.

Police will reject applications for social and leisure purposes as only  work and emergency cases were allowed to be granted a permit.

Interstate travel must also secure a police permit from the respective states at they will be travelling to an area under CMCO upon arrival.

The Penang International Airport (PIA) will still be open with other economic activities in the area.

Anbalagan added that there will not be road closure except a lane in the second bridge from George town.

Six location in the area will also be place on roadblock. This includes the ones in second bridge, two roadblocks in Queensbay, Tun Dr Lim Chong Eu Expressway,Shell Sungai Nibong, Jalan Dato Ismail Hashim and two at Jalan Teluk Kumbar.

The police confirmed that there will be around 328 officers that will be on duty.

Businesses can only operate up to 10pm and dine in will be allowed at two persons per table. Education Ministry also confirmed that 58 schools will be temporarily closed during the CMCO.