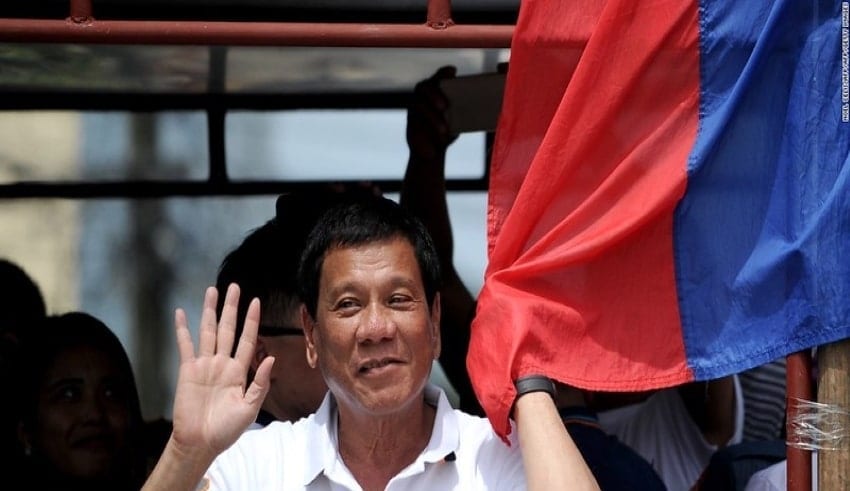 President Rodrigo Duterte would not trivialize the plight of the victims of Typhoon Ulysses as he says he wants to dive in the floodwaters with them.
(C) Flickr,Casino Connection

President Rodrigo Duterte would not trivialize the plight of the victims of Typhoon Ulysses as he says he wants to dive in the floodwaters with them.

Only those who just don’t like the President claim he sympathize with all the victims of this typhoon because the true message of the President is this.

Duterte stated he wanted to swim with the victims of the typhoon in his TV public address on Typhoon Ulysses reportedly express their pain, but he charged that his security assistants and doctors were stopping him from doing so.

In defense of #NasaanAngPangulo (Where is the President), Duterte released a tweet that once again trended on social media as netizens challenged his absence in the heavy winds and rains of Metro Manila and other parts of Luzon.

However, his comments attracted backlash with some internet users pointing out that they do not want the famous chief to dive in the floodwaters to indicate that the situation was proactively handled. In Metro Manila, especially in Marikina City, and other parts of Luzon, Typhoon Ulysses caused extreme flooding, which victims said was comparable to Ondoy’s attack in September 2009.

According to Roque, after the nation reeled from the impacts of a host of cyclones in recent weeks, the government has some P3 billion for recovery.

Fourteen people have died so far because of Ulysses. As of Friday morning, however, search teams led by the military have already rescued 39 cadavers.

Morever, In order to be added to the official Ulysses death toll, Roque clarified that the bodies must be validated by the local government units involved.