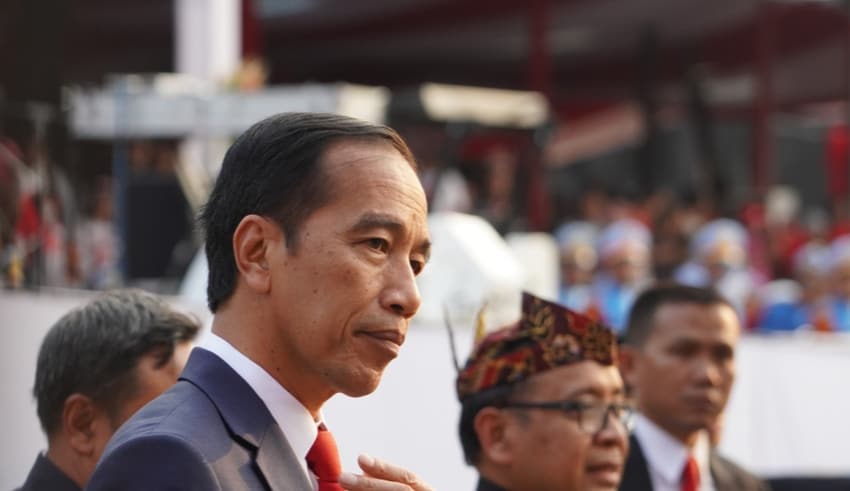 President Joko "Jokowi" Widodo showed his anger at the aides in the Advanced Indonesian Cabinet.

In the angry Jokowi’s video, Jokowi was chairing a cabinet meeting. With a high note, Jokowi expressed his anger at ministers who were still behaving normally during the current crisis, both due to the Covid-19 pandemic and its impact on the economy.

“I see, there are still many of us who are as usual. I am really annoyed. Don’t you have the feeling? Current condition is a crisis!” Jokowi said in a high tone.

Jokowi admitted he was furious because his staffs were not swift in dealing with a crisis situation. He even expressed his anger because the performance of his aides did not bring significant progress.

“Our actions, our decisions, our policies, the atmosphere must be an atmosphere of crisis. Do not put mediocre policies consider this a normality. What is this?”

“Only because of regulatory matters. This [must be] extraordinary. I have to say what it is. There is no significant progress, there isn’t,” he said.

Besides, Jokowi was also angry with the Ministry of Social Affairs. It is because the distribution of social assistance was still not 100 percent optimal while the community was waiting for help during the corona pandemic.

According to Jokowi, this corona pandemic needs extra attention. All levels of government must work extra hard to be able to meet the needs of the community.

Jokowi even posed a threat of a cabinet reshuffle suddenly in the midst of a corona (Covid-19) pandemic, because his staffs were still considered to be working “normally” in a crisis situation.

“It could be, dissolve the institution, it could be reshuffled. I’ve been thinking about many things. Maybe issue the Government Regulations in Lieu of Law (Perppu) that more important, if necessary,” he said.

“Because the plenary cabinet meeting was originally internal, but after we studied the President’s statement, many things were good and good for the public to know so we asked permission from the President to publish them. That’s why it was then published,” said Deputy for Protocol, Press, and Media The Presidential Secretariat, Bey Machmudin told reporters on Monday, June 29.

According to Bey, the contents of President Jokowi’s introductory speech at the cabinet meeting are important for the public to know. The palace studied it many times before finally deciding to release the video. The video was finally opened to the public after 10 days of the cabinet session.