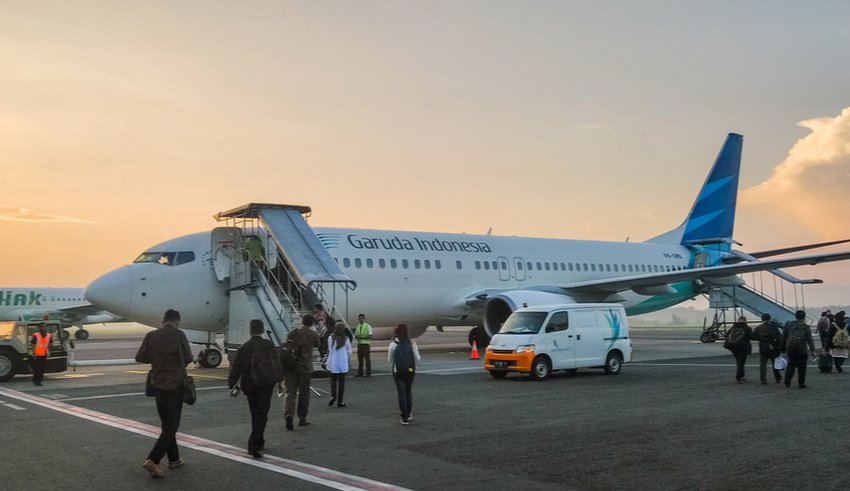 A passenger who flew from Soekarno Hatta Airport to Domine Edward Sorong Airport was confirmed positive for Covid-19. The person was a passenger of the Garuda Indonesia airline with flight number GA 682.

A passenger who flew from Soekarno Hatta Airport to Domine Edward Sorong Airport, on Saturday 27 June 2020, was confirmed positive for Covid-19. The person was a passenger of the Garuda Indonesia airline with flight number GA 682.

Respond to that issue, PT Garuda Indonesia (Persero) Tbk, Sorong branch, claimed did not know that there was GA 682 passenger arriving at Domine Eduard Osok Sorong Airport from Jakarta who was positive for the coronavirus (Covid-19).

Garuda Indonesia Sorong branch manager Ranto Situmeang said that he had not received a report from the center that there was a passenger who in the health document tested positive for Covid-19, boarding flight GA 682 from Jakarta to the city of Sorong on Saturday, June 27.

“As far as I know, at the airport, the airline did not check the health protocol documents. That is the authority of the airport Health Quarantine Office (KKP),” Ranto Situmeang said via WhatsApp message, as quoted by Antara on Monday, June 29.

The airline, according to him, only check airplane tickets. On the other hand, for the passengers’ health documents checking according to the Covid-19 protocol is handled by the Port Health Quarantine Office.

The airline only checks the ID card, whether it matches the passenger ticket when boarding. The letter of rapid test and laboratory examination letter about Covid-19 is the authority of KKP.

KKP Airport Coordinator Domine Eduard Osok Sorong Dr. Farida Tariq, who gave a separate statement, said there was a passenger with the initials WY, student of the Adem program from South Sorong was found to be positive Covid-19 when examining health documents.

Garuda Indonesia’s Managing Director, Irfan Setiaputra explained, that the passengers had been successfully transported by Garuda Indonesia because they had obtained permission to fly from the relevant authorities.

To get the permit, said Irfan, prospective passengers are required to bring a number of travel documents including Covid-19 free letters which will then be checked before being able to check-in at the airline counter.

“That passengers have obtained validation and clearance from the relevant authorities, regarding the fulfillment of the health protocol requirements for passengers who will be flying,” said Irfan in his statement, Monday, June 29.

In addition, Irfan also ensured that his party had implemented health protocols on board so that passengers did not contract Covid-19 on the plane. The cabin crew on duty has also gone through disinfection and quarantine procedures independently in accordance with applicable regulations.

Included in-flight GA 682, the Jakarta-Sorong route which is operated with the application of physical distancing, where the passengers fill rate ranges from 62 percent of the total aircraft capacity.

“Garuda Indonesia has also carried out health protocol procedures for the fleet and cabin crew serving on the flight through the fleet disinfection and independent quarantine procedures in accordance with the provisions,” continued Irfan.

From the passengers of Garuda Indonesia aircraft landed at 6:20 CET at Dominic Edward Osok Sorong Airport, a health document was found in one of the students from the group of secondary education affirmation program (ADEM) which was stated positively by Corona. The student with initial WH (20), from South Sorong Regency.

The document was issued by the Health Laboratory officer of the West Java Provincial Health Office on June 21, based on the results of the PCR examination.

Meanwhile, nine of his colleagues are now doing independent isolation in a hotel that is used by the government to accommodate people without symptoms (Covid-19). Besides, 90 passengers will be traced to the passage of the positive passenger pass.

In the future, Garuda Indonesia assures that it will enforce better health protocols to avoid such incidents from happening again.