The Asian Affairs > Blog > Indonesia > Prohibition of using plastic bags in Jakarta, fine of Rp. 25 million up to revocation of business license 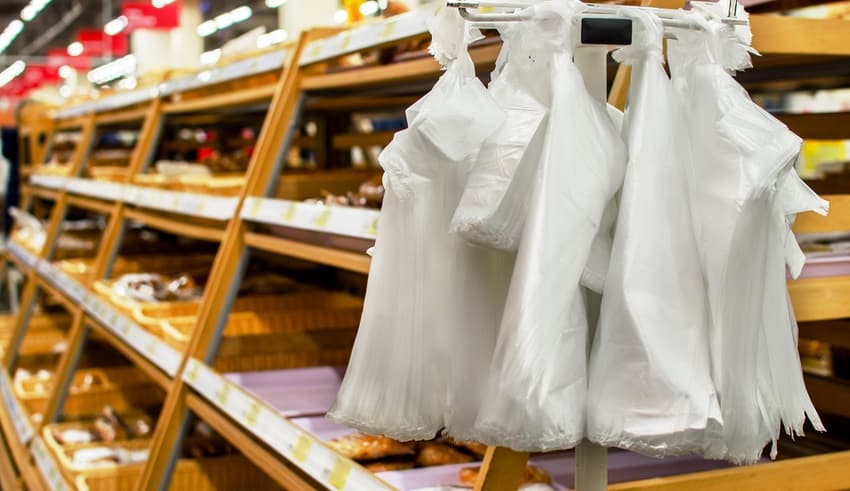 The Jakartans will no longer find plastic bags from where they usually go shopping, following the Governor’s Regulation (Pergub) banning plastic bags in Jakarta which is effective today, Wednesday, July 1, 2020. Later the manager of shopping centers, convenience stores, and public markets are required to use eco-friendly shopping bags.

This rule is stated in Pergub Number 142 of 2019 concerning the Obligation to Use Environmentally Friendly Shopping Bags at Shopping Centers, Supermarkets, and People’s Markets. The use of disposable plastic bags is also prohibited.

Head of DKI Jakarta Environment Agency Andono Warih said that businesses who continue to use disposable plastic bags will be subject to sanctions.

“Sanctions are given in stages, starting with the manager who issues a reprimand if a business actor in a shopping center that they manage does not perform obligations according to the provisions,” Andono said in his statement on Wednesday.

The next sanction is the suspension of the valid permit if it does not carry out administrative sanctions for forced money within a period of five weeks.

The last sanction is the revocation of permits carried out by the Office of the Environment if the business owner does not carry out the fulfillment of forced money payments.

In fact, this regulation was first discussed in 2018. This was revealed by the former Head of the Jakarta Environment Agency, Isnawa Adji, who discussed plans to ban the use of disposable plastic bags. Even the discussion of the draft was carried out since the beginning of the year.

This is inseparable from the amount of plastic waste in DKI Jakarta. In 2018, Jakarta will produce a total of 7,000 tons of waste per day. As much as 14 percent of that amount is plastic waste, one percent of which is plastic bags.

However, throughout the discussion, this draft rule was repeatedly reversed. After the draft was submitted by Isnawa to DKI Jakarta Governor Anies Baswedan in 2018, the Governor of Pergub was not immediately signed due to the Governor had to review the details of the points in the draft.

DKI Jakarta Governor Anies Baswedan said the policy prohibits the use of disposable plastic bags not because of the accumulation of plastic waste and cause flooding. Regulations are made because they are aware of environmental changes.

“This is not anticipation, but part of us is aware of extraordinary environmental changes and one of the contributors is plastic,” Anies said at the Coordinating Ministry for Human Empowerment and Culture, Tuesday, January 7, 2020.

He said that not all plastics were the problem, because some of them can still be processed, such as plastic-based medical devices in hospitals.