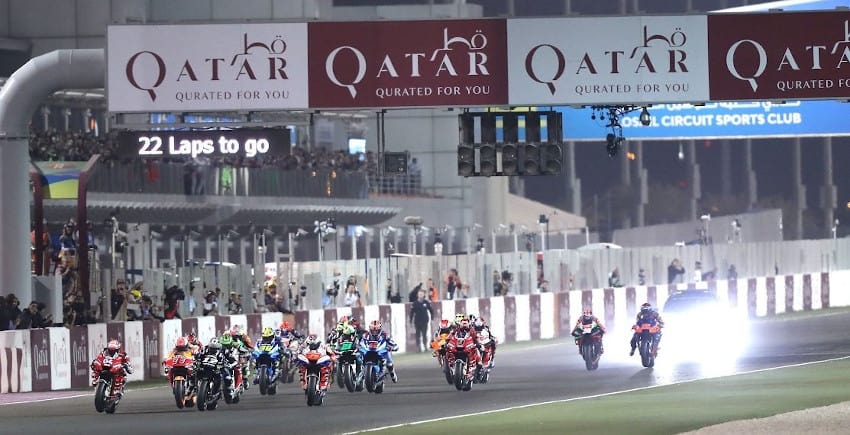 The season-opening Qatar MotoGP, scheduled to take place on March 8, was cancelled Sunday because of the spread of the coronavirus, the international motorcycling federation (FIM) announced. “Due to Qatar travel restrictions brought into force affecting passengers from Italy (amongst other countries), the premier class will not race at the Losail circuit,” the FIM said.

As the coronavirus has spread, Italy has become the hardest-hit European country with 34 deaths and over 1,600 people infected. “As of today, all passengers arriving at Doha on direct flights from Italy, or having been in Italy in the past two weeks, will be taken straight to quarantine for a minimum of 14 days,” added the FIM. “Italy clearly plays a vital role in the championship and in the MotoGP class – both on track and off – and therefore the decision has been taken to cancel premier class competition.” Qatar was to be the first of a 20-race MotoGP season and it becomes the latest motorsports event cancelled because of the spread of coronavirus.

The Chinese Formula One Grand Prix, which was set for April 19 in Shanghai, has already been axed as has the March 21 Formula E race slated for Sanya on the Chinese island of Hainan. However, the inaugural F1 race in Vietnam, on April 5, is still going ahead. With the Qatar round cancelled, the Thailand MotoGP in Buri Ram on March 22 now becomes the season-opener.

Thermal screening will be used at the racetrack’s entrances, hotels will look out for anyone showing symptoms, and a ‘Buriram Healthy’ app will provide up-to-date health information.