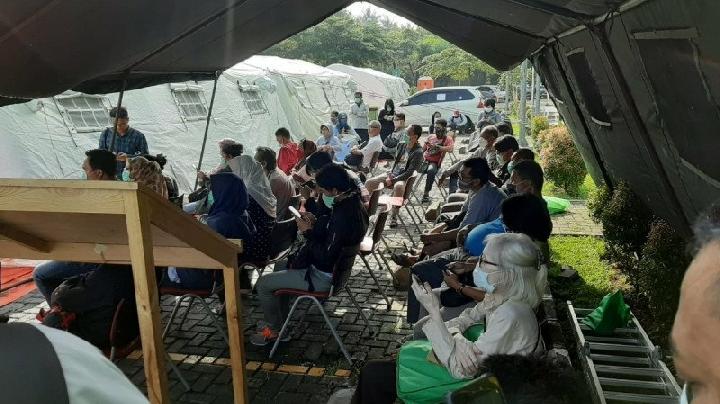 The government has distributed 125 thousand rapid test kits to 34 provinces. Later the province will determine the rapid examination, first for the closest positive case contact, and second for health workers involved in direct services Covid-19.

Yuri explained, in the context of this rapid test examination, it had already determined a policy in which this test would be conducted to the nearest positive case contact that had been confirmed and treated in the hospital or a positive case that had to be carried out at home.

“Thus part of the search for contacts, families who live with the patient must be examined everything,” said Yuri.

He further said, If in his travel history before being sick it turns out he had time to work at work and there is a work environment that has the possibility of close contact then an examination will be conducted at the patient’s place of work.

“The second priority is the examination of medical personnel associated with Covid-19 services, including hospital front office officers. They are a sensitive group that is vulnerable to being infected with Covid-19, “Yuri said.

These two priorities will be carried out for the rapid test examination in the first stage. According to Yuri, if there were quite a lot of rapid test kits coming soon for next batch, then a regional-based inspection would be carried out such as southern Jakarta.

“Implementation of the rapid test will be decentralized to health facilities in the region, such as health centers, regional laboratories, government and regional hospitals,” he said.