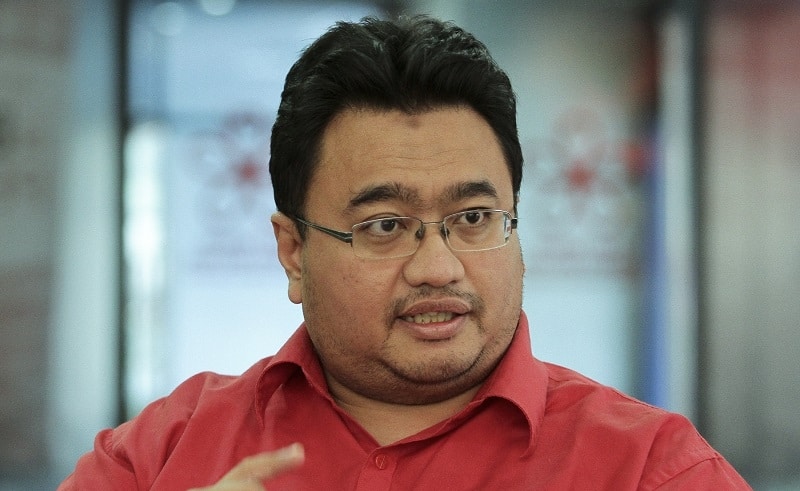 Last night Bersatu’s Akhramsyah Sanusi accused some of his fellow leaders of the Supreme Council of cowardice for their involvement in sacking Tun Dr Mahathir Mohamad and four other party MPs.

Speaking to Malay Mail, he lambasted the change he believed to have contributed to a shock wave through the grassroots of the group, sparking outrage within their ranks, as many had entered because of their confidence in Dr. Mahathir.

The interpretation of Clause 10.2.3 as an justification for withdrawing Tun Dr Mahathir Mohamad ‘s membership and four other Bersatu MPs is a shameful move by representatives of the MPT who did not wish to meet Tun Dr Mahathir at a valid MPT.

This decision has left the majority of Bersatu’s grassroots perplexed, particularly for those who entered Bersatu before the 14th General election. Many who joined Bersatu at that point realized for the first time in history that it wouldn’t be easy to topple the Barisan Nasional ( BN) government.

It was later backed by MPT member Wan Saiful Wan Jan who insisted that Dr. Mahathir and his four supporters were not sacked but that their membership was automatically nullified because of their actions and were therefore dropped from Bersatu ‘s ranks. Akhramsyah, though, replied that their interpretation of the constitution of the group is “incorrect and incoherent.

Similarly, Akhramsyah had also recommended that Muhammad Suhaimi resign from his position as executive secretary, arguing that the latter had overstepped his boundaries and his authority’s limits.

He questioned who provided the instructions for sending out the letter, especially when party president Muhyiddin is now under quarantine as he was exposed to the dreaded Covid-19 virus, pointing out that the letter itself is unconstitutional.

He noted that many grassroots leaders are livid over what happened to their favorite chief, claiming there won’t be an expulsion as Dr. Mahathir remains the chairman in many of the members’ minds.

He expects that such leaders will launch a demonstration instead of an expulsion, and insists that those who agree that Dr. Mahathir is not a party leader should get out of Bersatu.

Akhramsyah, who is also the son of the late Tan Sri Sanusi Junid, who was the long-time friend of Dr Mahathir, claims that this is a step made by Muhyiddin ‘s supporters who fear that their leader will be kicked out of the presidency during the party’s election as Mukhriz threatens him.

Tun M has just won the unquestioned Bersatu chairmanship. Mukhriz had challenged even Muhyiddin, a sitting PM at the time of nomination. They guess those pro-Muhyiddin citizens are just afraid he’s going to risk the presidency. That is why they do this.

Hamzah: Finding Ways to Leave Pakatan is One Way to Strengthen the Party - The Asian Affairs

[…] Secretary-General Datuk Seri Hamzah Zainudin stated today that Tun Dr Mahathir Mohamad had instructed him to improve the party by seeking ways to quit Pakatan Harapan (PH) and, among […]