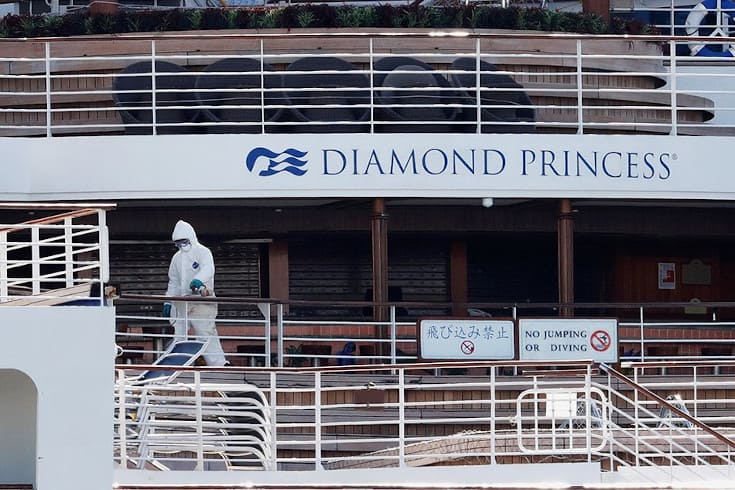 The scheduled repatriation on Sunday of nearly 500 Filipinos aboard the Diamond Princess cruise ship in Japan will be postponed, Health Department (DOH) reported on Saturday.

In a statement, the DOH said the Emerging Infectious Disease Task Force of the Inter-Agency (IATF-EID) would change the schedule as a cautionary measure to ensure the health and safety of the Filipinos on board early next week.

It also provided assurances that the Japanese government is working to ensure that the affected passengers receive adequate services.

The agency earlier said repatriation could be postponed as the 2019 coronavirus disease study is not yet complete.

Earlier Malacañang said 497 Filipinos have stated their intention to fly over the weekend.

The repatriated Filipinos will live for a 14-day quarantine term at the Athlete’s Village in New Clark City (NCC).

Residents in Capas, Tarlac complained that there will be a second batch of repatriated Filipinos to stay at NCC after being told there will be housing for only one batch.

Meanwhile, the number of Filipinos on board the Diamond Princess cruise ship confirmed to be positive for COVID-19 has risen to 49, announced Saturday under-secretary of foreign affairs Brigido Dulay.

But Dulay told the Filipinos are getting their attention at the moment.

“All infected Filipinos were cared for in Japanese hospitals, and two of them were treated and discharged successfully,” he said.

Filipino crew members ‘ relatives on board the ship on Saturday expressed concern over the safety of their family members as they met with the local agency in Cebu that was recruiting them.

Later one crew member said they were in distress as operations were continuing aboard the ship.

Nevertheless, due to the presence of passengers on board, management encouraged them to continue their day to day activities.

The cruise ship and its 3,711 passengers were put under quarantine on February 3, following a positive test for the virus by a former passenger.

Passengers began to disembark after the quarantine period ended Wednesday.

The death toll due to the virus has climbed to 2,345 in mainland China with more than 76,000 confirmed cases.