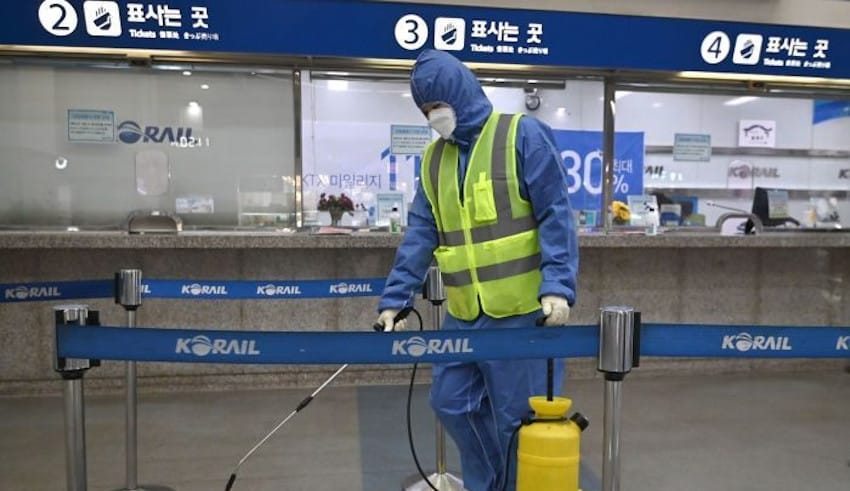 Russia warned on Wednesday against traveling to Italy, South Korea and Iran to prevent the novel coronavirus from spreading.

Advertising Noting the spike in cases in the three countries, consumer safety regulator Rospotrebnadzor urged Russians to avoid traveling there’ until the epidemiological situation has stabilized.’ More than 1,100 people were infected in South Korea— the hardest-hit area outside China— and 11 died.

Iran has emerged as another hotspot, with 15 deaths out of almost 100 infections recorded. Italy reported 11 deaths and more than 300 cases of coronavirus.

The disease has now entered dozens of countries, with the latest cases being confirmed by Austria, Croatia and Switzerland.

More than 2,700 people were killed by the virus and more than 78,000 were infected in China where it originated.

Russia repatriated eight passengers from the Japanese cruise ship Diamond Princess, three of whom had been infected. In Siberia two Chinese citizens have also been infected and treated in Russia.

Moscow has imposed a nearly blanket ban on coronavirus fears on Chinese visitors, and has recommended against traveling to China.