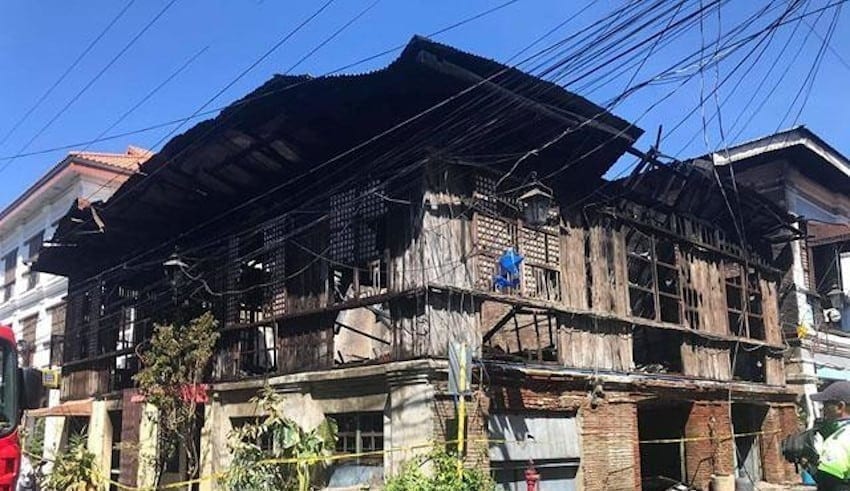 One person was killed when an early Wednesday morning fire flattened a heritage house behind the historic Calle Crisologo in Vigan City, Ilocos Sur.

A YouScooper said the house sits along the Plaridel Street corner of General Luna.

The Fire Protection Bureau (BFP) said the house was quickly ravaged by the fire as it was made from light materials.

Chan said they declared “fire out” at around 11 a.m.

He added that when the fire broke out two inhabitants were inside the house.

During the incident the fatality, identified as Eric Hernandez, was reportedly sleeping.

Chan explained that the fire didn’t spread to their neighboring houses because one had a firewall while the other was made of bricks.

The causes of the fire are still to be determined by authorities.