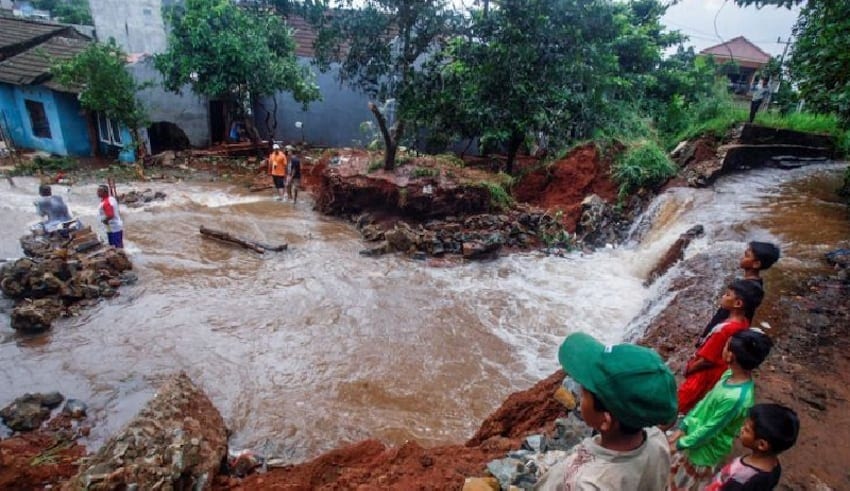 Intense rain over the last two days affected a number of regions getting flooded. Thousands of houses and public facilities across Bekasi, Karawang, and Subang regencies in West Java were the places that affected.

According to West Java Disaster Mitigation Agency (BPBD) operations manager Budi Budiman, the widespread flooding was the result of constant rain. It caused a number of rivers across the regencies to overflow.

In Subang, floodwaters reached up to 100 centimeters, inundating six districts, including 7 hectares of farmland and 3,435 houses. On Tuesday, Budi said as quoted by The Jakarta Post, there are a total of 2,819 evacuees in Subang.

Local floodgates unable to contain the large water volume due to the heavy rain. This was said by BPBD acting head Hidayat.

Therefore, Hidayat said the local administration should consider implementing an early warning system to mitigate the impact of flooding across the region.

“If it keeps raining, we must raise the warning level. We need to keep observing the situation as it develops,” he said.

Meanwhile, because of Cidawolong River that overflowed due to the constant raineight made districts in Karawang regency were left inundated. At least 5,527 houses were inundated, with 18,398 affected residents Previously, warning was announced by The Meteorology, Climatology and Geophysics Agency about heavy rain that would continue in Greater Jakarta throughout Tuesday.