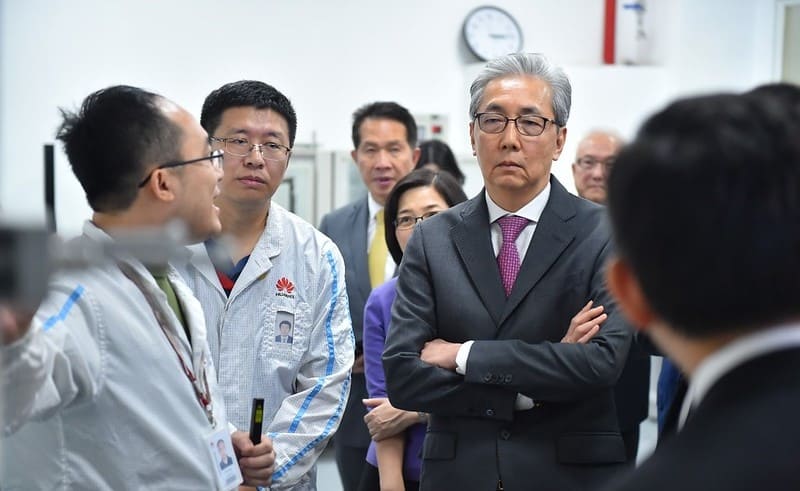 Deputy Prime Minister Somkid Jatusripitak has stated that if Prime Minister Prayut Chan-o-cha wants to reshuffle the cabinet he is willing to embrace his fate.
(C)Flickr, Prachatai

Deputy Prime Minister Somkid Jatusripitak has stated that if Prime Minister Prayut Chan-o-cha wants to reshuffle the cabinet he is willing to embrace his fate.

The prime minister’s prerogative is a choice to break up the government, Mr Somkid stated, adding that he thought the prime minister should choose appropriate candidates. Mr Somkid said that political problems would have an effect on the economy’s stability and, thus, it is important to ensure that politics moves smoothly.

When it comes to naming cabinet ministers, the prime minister would need to pick the best person for the right job and place the national interest first, Mr. Somkid said, adding that it’s common for cabinet ministers to come and go in a country.

Commenting on the resignation of three cabinet ministers, Finance Minister Uttama Savanayana, Electricity Minister Sontirat Sontijirawong and Higher Education , Technology, Development and Innovation Minister Suvit Maesincee from the ruling Palang Pracharath Party (PPRP), Mr Somkid shared that this was a party’s internal matter, and it will not influence the functioning of the administration.

Gen Prayut has postponed a meeting of economic ministers which was originally planned for yesterday. Then, after the Covid-19 pandemic, the prime minister consulted with his policy advisors, private sector leaders as well as from the Bank of Thailand to listen to their views on economic recovery. The meeting featured Mr Somkid and Mr Uttama.

The Prime Minister has attached considerable significance to supporting small and medium-sized businesses that are threatened by Covid-19’s economic effects. Gen Prayut stated Thursday that it would entail a cabinet reshuffle.

The three ministers’ resignations accompanied a change in leadership within the party last month that saw Deputy Prime Minister Prawit Wongsuwon rise to succeed Mr Uttama as the chief of the party and Anucha Nakasai succeed Mr Sontirat as the secretary general.

Many PPRP leaders backing Gen Prawit have requested a cabinet reshuffle now that the group has a new leader, but a party source said Gen Prayut has kept them guessing. Speaking at the general assembly of the PPRP, the first under his leadership, Gen Prawit called for solidarity amongst members of the group, pledging that all members would be treated fairly under his guidance.

Mr Anucha stated that the four resignations were “an amicable breakup,” adding that they contributed to the party. Mr Anucha also said the PPRP has not yet debated who is going to be appointed for office positions.

Thanwa Krairk, a former election member who resigned from the PPRP, posted on Twitter, claiming cabinet seats are not any party ‘s assets or anybody’s assets but national assets. If anyone is dropped from the cabinet, a fitting substitute for filling the role needs to be sought. In fact, when there is no such individual in the team, they have to put in an outsider.