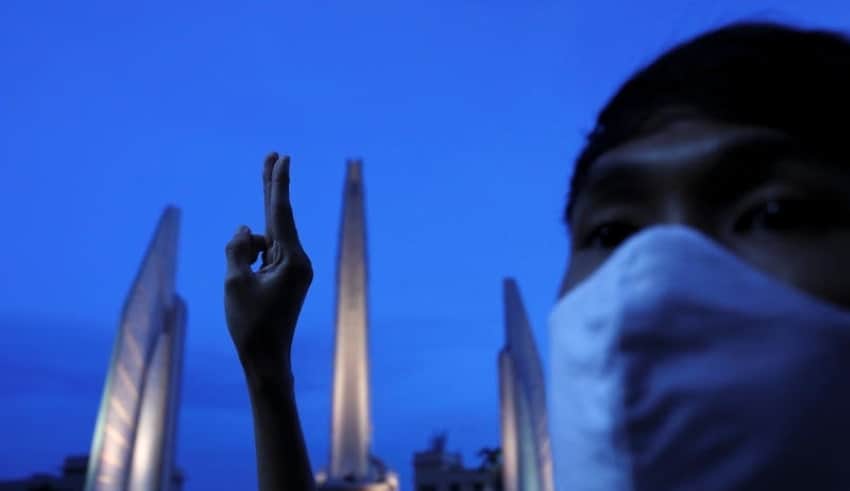 A police officer told Reuters that police arrested a student leader on Tuesday as part of a continuing crackdown on political activists who helped organize an anti-government protest in July.
(C) Bangkok Post

A police officer told Reuters that police arrested a student leader on Tuesday as part of a continuing crackdown on political activists who helped organize an anti-government protest in July.

Jutatip Sirikhan, 21, the president of the Student Union of Thailand, was arrested by a police officer in plain clothes while she was in a taxi traveling to Bangkok University, a video shot by Ms Jutatip and posted on her personal Facebook page shown.

The officer identified himself in the video as a member of the Bangkok Metropolitan Police before citing an arrest warrant from a court. They are acting on an arrest warrant for the 18 July protest, a police officer said by telephone at Samranrat Police Station in Bangkok.

Ms Jutatip will be charged with infringing internal security regulations and coronavirus banning public gathering among other charges, the officer said. Ms Jutatip was also expected to be charged with sedition in connection with the Free Youth group’s July 18 demonstration at Bangkok’s Democracy Monument.

Fifteen democracy activists have been issued court warrants and 14 have now been arrested including Ms Jutatip. For 15 other activists, police also issued summonses and all reported to police stations.

Parit “Penguin” Chiwarak, a student at Thammasat University and core member of the Free Youth group, posted a message about Ms Jutatip ‘s arrest on his Facebook page and urged her supporters to gather at Samranrat Police Station to give her moral support.

Student groups have been rallying almost daily across the country since July 18, calling for a new constitution and an end to military influence over politics after last year’s disputed election kept former junta leader Prayut Chan-o-cha as prime minister five years after he first took power in a military coup in 2014. Those arrested until now were all released on bail.