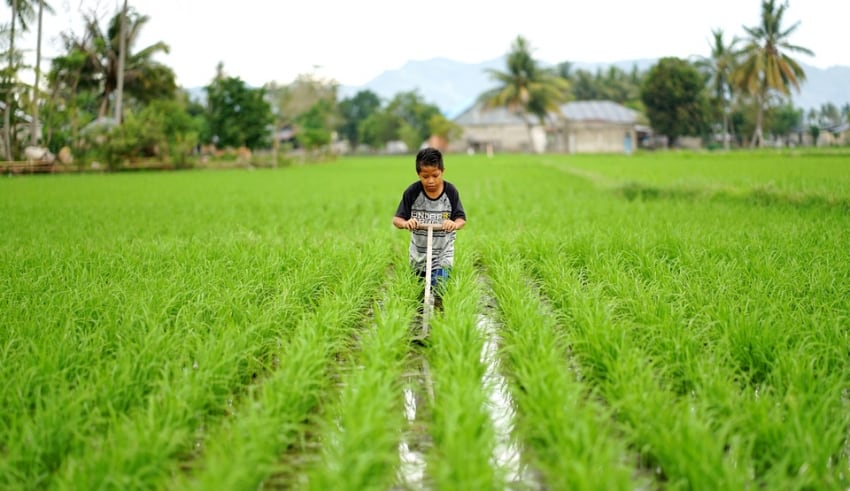 The government plans to provide cash and production subsidies for 2.4 million poor farmers, which categorized to be poor across the country, to help them maintain their harvest and survive the COVID-19 crisis.

According to Coordinating Economic Minister Airlangga Hartarto on Tuesday, the government will provide a monthly stipend of Rp 600,000 ($38) for the next three months in the form of direct cash aid, or BLT.

“We hope we can provide it for a three-month period,” Airlangga told an online briefing

“We hope we can provide it for a three-month period,” Airlangga told an online briefing, without providing further details.

He added that the Agriculture Ministry will lay out the details later.

Rice farmers were projected to produce 5.6 million tons of rice at the peak of the harvest season this month, said Jokowi, twice the country’s monthly consumption.

With travel and social restrictions in place to contain the COVID-19 outbreak, food supply chains are somewhat disrupted, causing delays in deliveries. The fast-spreading coronavirus has infected more than 9,500 people in Indonesia and 3 million people worldwide, hurting domestic distribution and shipments of imported products.

The country has 6.3 million tons of rice in reserve at State Logistics Agency (Bulog) warehouses. The agency will send rice to regions where the rice stock is limited.

Airlangga said some regions in Indonesia have limited reserves of rice, but the government will continue to monitor rice stock and distribution to make sure they do not run out.

Last week, the government ordered Bulog to deliver an aid package of 450,000 tons of rice to several regions in coordination with the Social Affairs Ministry.

President Jokowi has said some provinces in the country are facing a shortfall in certain basic necessities, with 30 provinces recording a shortage in sugar stocks and 31 provinces reporting a deficit in garlic stocks.

During a virtual meeting from the Bogor Presidential Palace in Bogor, West Java on Tuesday, the President said a deficit in rice stocks has been detected in seven provinces, corn deficit in 11 provinces, red chili in 23 provinces, chili pepper in 19 provinces, shallots in one province, and eggs in 22 provinces. Then, deficit in sugar stock has been seen in 30 provinces and garlic in 31 province, while for the stock of edible oil is adequate in 34 provinces.

Jokowi has also urged his aides to maintain the prices of basic necessities ahead of the Ramadhan fasting month and regularly check market prices.