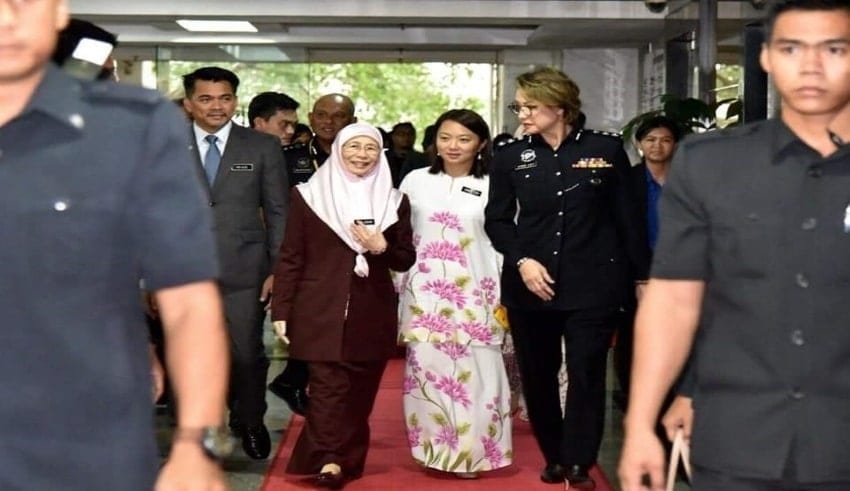 e Sexual Harassment Bill must be tabled urgently at the next session of Parliament, especially after a woman has been harassed by a police officer at a roadblock.
(C) hannahyeoh /Twitter

PETALING JAYA: The Sexual Harassment Bill must be tabled urgently at the next session of Parliament, especially after a woman has been harassed by a police officer at a roadblock, say opposition MPs Dr Wan Azizah Wan Ismail and Hannah Yeoh.

The Minister of Women, Family and Community Development and Deputy Minister under Pakatan Harapan’s administration, Wan Azizah and Yeoh, said the “long-delayed” Sexual Harassment Bill had to be tabled, debated and accepted in Parliament so that the public, especially women and girls, would feel safer.

The greatest assurance when @drwanazizah was our Women Minister and Deputy Prime Minister – she made me feel like I have her ear on any issues related to children and women. Sincerity and genuine care cannot be “created” by any makeover or PR company. pic.twitter.com/7hyOmviWxk

In a series of tweets which have now gone viral, a 24-year-old woman said that a policeman had asked her to lift her blouse and reveal her body to him in order to avoid being fined. She was stopped near Jalan Duta by a roadblock.

“We deeply regret the sexual harassment incident that happened to a woman at a recent roadblock at Jalan Duta, especially since it was by a person who is supposed to be responsible for public safety, especially for women,” they said in a joint statement.

“We want this incident to be taken seriously and investigated immediately by the authorities, especially the PDRM, because the incident involved a police officer,” they added.

Wan Azizah and Yeoh have called on the government to offer more training and courses on gender sensitivity to civil servants and enforcement officers to prevent such incidents from happening again.

Minister of Women, Family and Community Development Rina Harun had previously told Dewan Rakyat that the presentation of the bill was postponed in part because of the change of government in March, with Pakatan Harapan taking over from the new Perikatan Nasional administration.

She responded to the question raised by Batu Kawan MP Kasthuri Patto as to why the bill had taken so long to finalize.