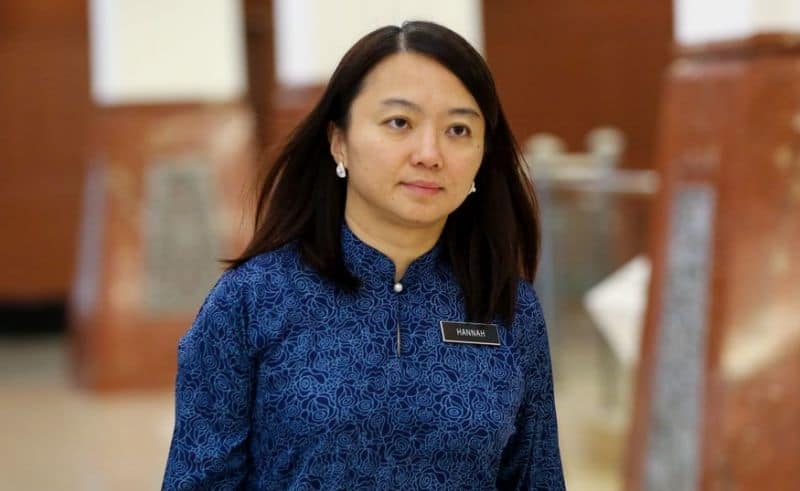 DAP MP Hannah Yeoh said today that she was asked to appear for questioning in Bukit Aman on a post about child marriage related to social media.

The former deputy minister of women, family and community development said she had received a call today from the headquarters of the Federal Police over a tweet in March. Bukit Aman has called me to send a comment about a Twitter posting inquiry.

She said in a Twitter post accompanied by a screenshot of the original tweet that nowadays even asking questions is not permitted since we were also not allowed to ask questions during the parliament sitting in May. She even asked in her tweet on March 9 what would happen to the roadmap after her successor, PAS’s Siti Zailah Mohd Yusoff, was appointed.

In January, the National Action Plan on Addressing the Causes of Child Marriage was introduced. The strategy proposed short, medium , and long-term initiatives and measures to be introduced between 2020 and 2025 over a five-year period to resolve the six key factors defined as causing child marriage.

Women’s rights groups had previously voiced concern about the appointment of Siti Zailah as Deputy Minister of Women , Family and Community Development primarily because her track record does not inspire confidence.

Siti Zailah has been criticized in 2013 for her infamous statement in which she suggested a female dress code to prevent indecent public dressing. Such a step will also reduce increasing rates of sex crimes and deter sexual abuse.