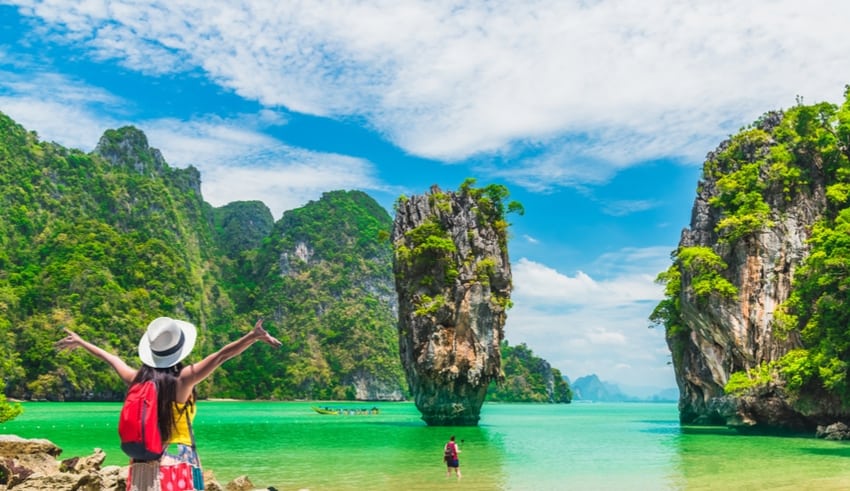 Travel-bubble tourism will include limits on destinations and visitor numbers, inbound flights and where they come from.

Thailand’s Prime Minister Prayut Chan-o-cha said on Monday Travel-bubble tourism will include limits on destinations and visitor numbers, inbound flights and where they come from.

He said the government was still deliberating which areas foreign visitors would be allowed to go. Also when the ban on tourism is lifted. Those areas would need to have disease control measures in place, including social distancing. Permitted areas could be closed if problems occurred, Gen Prayut said. “Foreign Tourists will not be able to roam at will, but to go only to places opened to them. Also only places that have disease control capabilities. This is the guideline for the reception of foreign tourists… I think it is safe and better than liberalized tourism,” the prime minister said. There will be limits on the number of visitors, flights and cities considered safe.

“There must be regulations for this before international tourism resumes. We will do it in a step-by-step manner. We will see if the countries that cooperate with us also have collaboration at a city-to-city level. The government is planning this carefully, and tourists must also have health certificates,” Gen Prayut said. He said travellers would continue to face strict examination at border entry checkpoints. The government’s Centre for Covid-19 Situation Administration is expected to consider “travel bubble” measures for foreign tourists at its meeting on Wednesday.

Thailand plans to boost domestic tourism in the third quarter to help support the struggling economy as the covid-19 hinders global travel. Thailand’s export- and tourism-driven economy may also shrink 5% to 6% this year. Thailand’s economy may be the worst since the 1997-98 Asian financial crisis due to the covid-19 coronavirus outbreak. The state planning agency said on Monday Thailand’s economy is in for some hard times. “Other engines are off during Covid-19” and there are only government spending and tax measures to help the economy, Thosaporn Sirisumphand, Secretary-General of the National Economic and Social Development Council.

The government expects to roll out a package for domestic travel from July, he said, adding the details would be clear by mid-June. “Tourism should be a fast economic stimulator,” he said. “If the situation improves, we may open for tourists to come in”. The plans to boost domestic tourism will be financed by some of the 1 trillion baht the government will borrow to reduce the impact of the pandemic on jobs. It may include subsidies on rooms and other benefits for example, although these have not been finalized, said Mr Thosaporn, who is also the chairman of a committee supervising the spending.

International Flights for Thailand Tourists “Might Be” September - The Asian Affairs