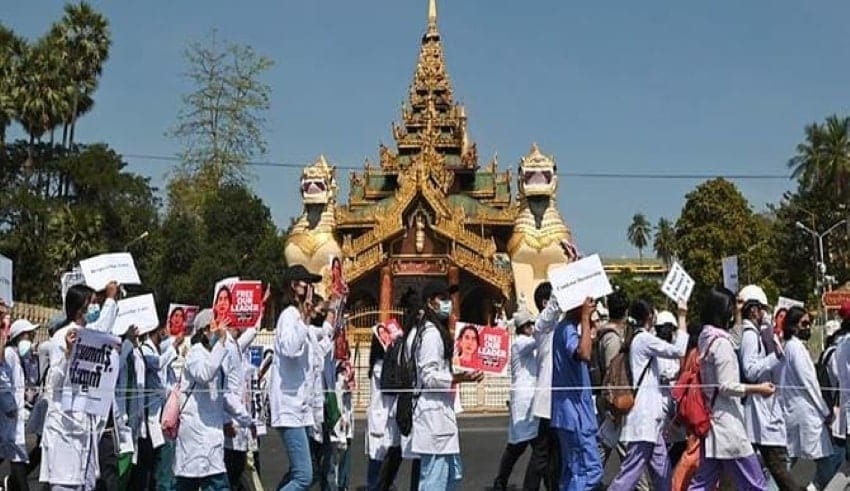 The UN refugee agency said Malaysia should not deport refugees after Reuters reported that it was planning to send 1,200 Myanmar nationals back to their country.
(C) CNA

KUALA LUMPUR: The UN refugee agency said on Friday (Feb 12) Malaysia should not deport refugees after Reuters reported that it was planning to send 1,200 Myanmar nationals back to their country.

Malaysia agreed to return them after the Myanmar military, which seized power in a Feb 1 coup, offered to send three navy ships to pick citizens held in Malaysian immigration detention centres, officials and sources told Reuters this week.

“The principle of non-refoulement applies also in Malaysia as part of customary international law which is binding on all states,” Yante Ismail, a spokeswoman for the United Nations High Commissioner for Refugees in Kuala Lumpur, told Reuters in an emailed statement.

Malaysia’s director-general of Immigration, Khairul Dzaimee Daud, confirmed on Thursday that 1,200 Myanmar nationals were to be sent back but did not say if any of them were refugees.

Malaysia does not formally recognise refugees, instead regarding people who arrive without proper documents as illegal migrants.

It is home to more than 154,000 asylum-seekers from Myanmar.

In the past, people from Myanmar detained in Malaysia have included members of the ethnic Chin, Kachin and the Muslim Rohingya communities fleeing conflict and persecution.

Rights groups have expressed concern over the safety of Myanmar refugees after the military coup.

The United Nations High Commissioner for Refugees (UNHCR) said Malaysian authorities had yet to inform it of the deportation but it was concerned that a “number” of those in detention may require international protection, including vulnerable women and children.

The UNHCR has not been allowed entry into Malaysia’s detention centres since August 2019, preventing it from being able to identify refugees and leaving no way out for the asylum seekers.Malaysia has in most cases toughened its stance on immigration during the covid-19 pandemic, exceptionally arresting thousands of in general undocumented migrants.