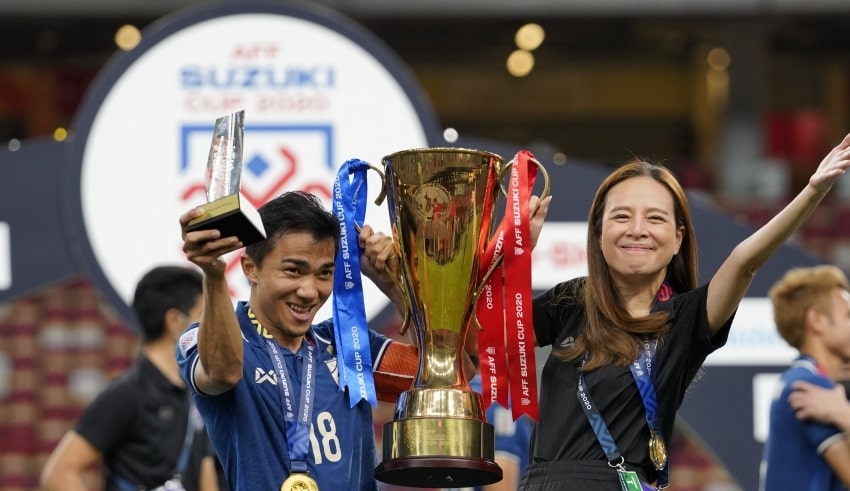 Indonesia held ‘The Elephants’ to a 2-2 draw in the second leg of the Asian Cup finals at the Singapore National Stadium tonight, but the team from Malaysia, who smashed ‘The Garuda’ 4-0 in the first leg on Wednesday (Dec 29), won an astonishing 6-2 aggregate win.

Indonesia came out with greater aggression this time around, and a low drive from beyond the box by midfielder Ricky Kambuaya in the seventh minute gave South Korean coach Shin Tae-yong’s team a 1-0 advantage.

When Teerasil Dangda had a good opportunity to equalize for Thailand late in the first half, he wasted it by hitting the crossbar with a right-footed effort from within the box. Thailand went on to lose the match 2-1.

The team of Brazilian-German coach Alexandre Polking, on the other hand, stepped up their game in the second half and earned a well-deserved lead with two goals in rapid succession.

After Adisak Kraison came on to replace Teerasil, his team was level in the 54th minute when he tucked in a free kick from beyond the area. Sarach Yooyen’s free kick from outside the box made it 2-1 two minutes later.

Egy Maulana Vikri got one back for Indonesia with a tight-angled goal from the left side of the field in the 80th minute to tie the score, but it was too little, too late for them to launch a comeback at that stage.