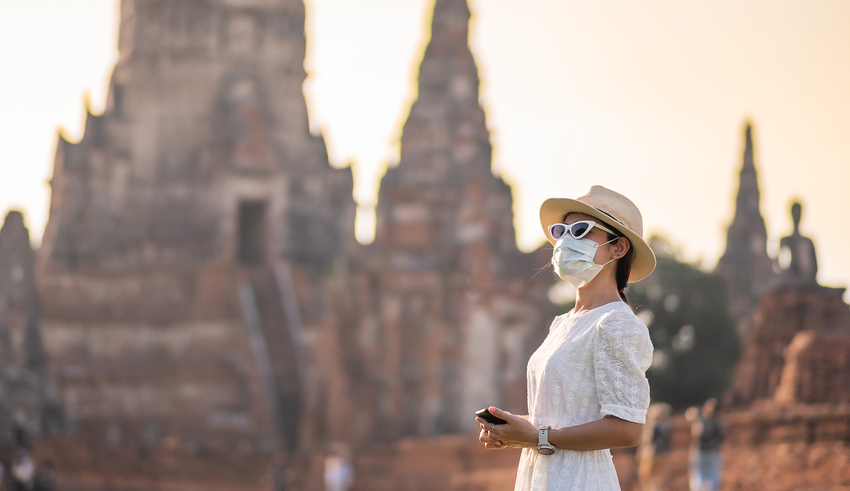 Thailand plans to start charging foreign tourists who come to the country $9 (300 baht) when they arrive in the month of June.
(c) Travel Daily Media

According to a minister who spoke on Wednesday, Thailand intends to begin collecting a 300 baht (US$9) fee from foreign tourists arriving in the country beginning in the month of June. The funds that are collected will be used to assist tourists who are involved in accidents and to develop tourist destinations (Jan 11).

Prior to the epidemic, tourism was responsible for approximately 12 percentage points of the country’s gross domestic product (GDP), making it an essential industry in the second-largest economy in Southeast Asia.

“Fees will not be collected from foreigners who have work permits and border crossings,” stated Phiphat Ratchakitprakarn, the Minister of Tourism for Thailand, who also mentioned that Thailand anticipates receiving 25 million tourists this year.

The idea was initially mulled through during the previous year and is currently waiting on clearance from the cabinet.

According to Phiphat, it is anticipated that spending on tourism will reach at least 2.38 trillion baht this year.

In 2019, Thailand served over 40 million guests who arrived in the country.

The abrupt announcement by the Thai government that all international arrivals must provide confirmation of at least two Covid vaccinations before boarding flights to Thailand has angered tourists.
Bangkok Post cited the Civil Aviation Authority of Thailand (CAAT) as noting that airlines are responsible for document verification.

Non-immunized passengers are required to provide a medical document justifying their lack of vaccinations.

The regulations will stay in effect until at least the end of January, however Thai passport holders and transit passengers are exempt, according to CAAT.

According to the Bangkok Post, the Phuket Tourist Association stated in a letter to Prime Minister Prayut Chan-o-cha that “The new Covid vaccination mandate could impact existing efforts to rebuild the tourism business.”

As Thailand is a significant vacation destination for tourists from several nations, including China, which reopened its borders on Sunday, Thai officials have stated that a second Covid outbreak must be prevented.

It managed to attract 11 million foreign visitors during the year, making it one among Southeast Asia’s top performers.

This year, it hopes to attract 25 million foreign tourists, including 5 million from China.