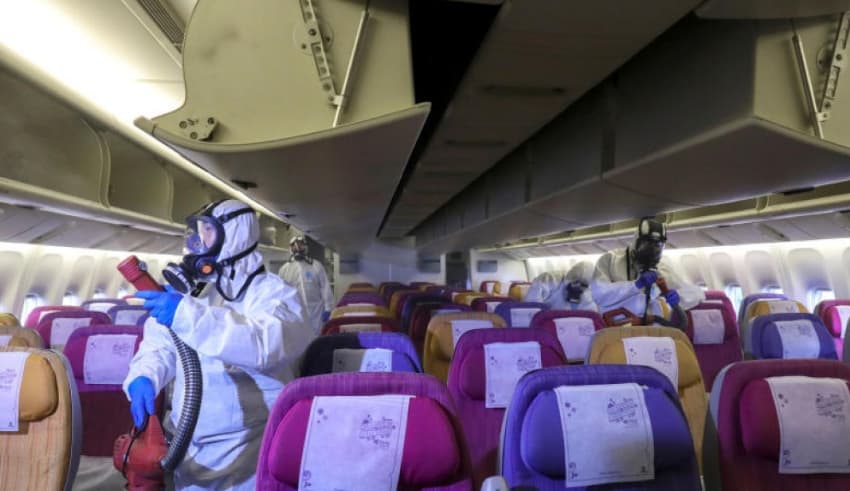 Thailand’s government has announced it plans to create “travel bubbles” through bilateral agreements designed to keep Covid-19 in check when Thailand reopens its borders.

“Once the covid-19 situation improves, we’ll allow travel between countries. However only countries that we have an agreement with,” Prime Minister Prayut Chan-o-cha told a briefing in Bangkok. Also adding no such pacts have reached cabinet as of yet. Thailand’s borders were closed under a state of emergency that lasts until the end of this month. Furthermore most incoming international flights are also banned until months end. At the same time, officials are easing a lockdown after covid-19 cases dwindled. They are also mulling how to restart the crucial tourism sector to help counter a inevitable recession. “There won’t be free movement because we don’t want another covid-19 outbreak. One that could further hurt both the origin and the destination,” Gen Prayut said.

On Tuesday, Thailand’s health department reported one new coronavirus case and one new death. Bringing Thailand’s total number of infections to 3,083 and accumulated deaths to 58 since January. The new fatality was an 80-year-old man in Narathiwat. The latest patient was a 32-year-old male student who recently returned from Saudi Arabia. Dr Taweesilp Visanuyothin, spokesman of the Centre for Covid-19 Situation Administration, said the student returned from Saudi Arabia via Malaysia. He entered the country through the Padang Besar border in Southern Thailand. He tested negative for the disease on May 25 but on May 30 he developed a mild fever. On May 31 he tested positive for Covid-19 and was admitted to a local hospital. “Thirty-nine people have returned from Saudi Arabia through Malaysia and eight of them were infected. That forms 20.51% or one-fifth of the total,” Dr Taweesilp said. Of the 3,083 accumulated cases, 2,960 have recovered. One patient who was released in the past 24 hours, leaving 59 hospitalized. The average age of Covid-19 patients in Thailand has been 37, with the oldest 97 and the youngest a 1-month-old baby. Worldwide, Covid-19 cases increased to 6.36 million in 211 countries with 377,437 deaths. The United States had the most cases at 1.86 million and the most deaths at 106,925.