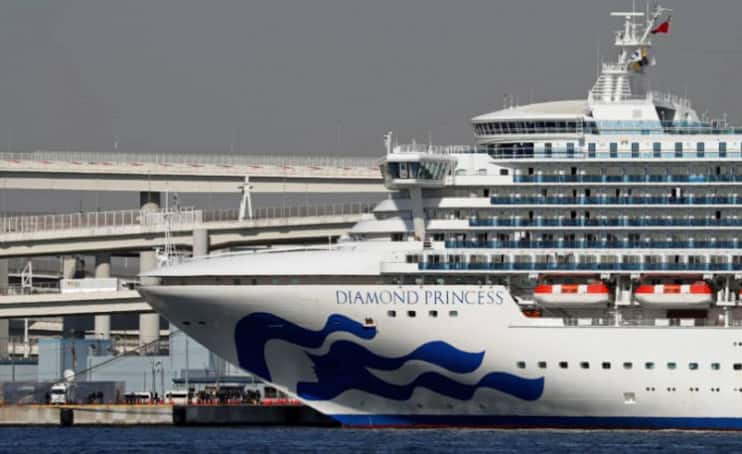 Three Thais aboard the quarantined cruise ship Diamond Princess, moored in Japan, are infected with the new coronavirus (Covid-19), officials announced on Thursday, as two elderly Japanese passengers were reported to have died from the disease.

Foreign affairs spokesman Cherdkiat Atthakor said three Thai nationals, a passenger and two crew members, were now being treated in a hospital in Japan. He said there were two Thai passengers and 23 Thai crew members on the Diamond Princess. The other passenger tested negative, had disembarked and would return to Thailand in the near future, Mr Cherdkiat said. The other 21 Thai crew members continued to work on board. The spokesman said the 14-day quarantine of the cruise ship ended on Wednesday, and uninfected passengers were being allowed to disembark until Friday.

However, the Consular Affairs Department has warned Thais to leave mainland China, excluding Hong Kong, “while there are still outgoing flights available”. The department said on its Facebook page that people who do not need to stay in China should consider leaving while airlines were still flying from there. It also advised against commencing a visit to China at this  time.