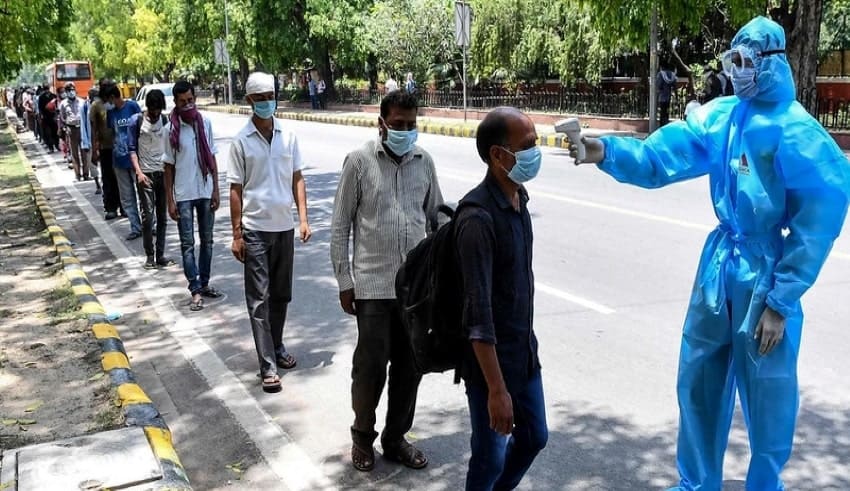 The Indian economy, which contracted 23.9 percent in the first quarter of this year on the back of astringent lockdown that resulted in job losses and consumption fell.
(C) Flickr, M. Williams

The Indian economy, which contracted 23.9 percent in the first quarter of this year on the back of astringent lockdown that resulted in job losses and consumption fell, is in even greater trouble, the latest growth figures showed.Analysts say there is a need for a fresh stimulus package to drive growth in the

Indian economy once the world’s fastest growing economy. On Monday (31 Aug) government data revealed that since 1996, when the country first started publishing quarterly gross domestic product ( GDP) estimates, the Indian economy is performing at its worst.

Additional data for the first quarter ended June 30 showed a 39 percent contract for manufacturing, 50.3 percent for construction and 47 percent for trade, hotel, transportation and communications segments. A remarkable positive-agriculture, forestry and fisheries, which rose by 0.4% to 3.4%.

According to CARE Ratings credit rating agency, India is only behind Peru and Macau in having the mostextreme contraction out of the 54 economies that recorded GDP figures from April to June. Analysts expect that India, once seen as a global engine of the economy, will continue to lag behind other economies.

Even before the coronavirus pandemic derailed the economy, India was already facing headwinds with a slowing economy and jobless growth. Performance in the final quarter of 2019 had hit a six-year low of 4.7 percent. The federal government imposed a stringent country-wide lockdown in March bringing complete halt to economic activity.

In March the government also announced a financial package of 1.7 trillion rupees ($31.7billion), involving direct cash transfers and free food, and a 20 trillion rupee economic packagewas introduced in May, including collateral-free loans for small businesses. But Consumption has had little impact.

The weakening economy has also given rise to fears that strides made over the past two decades to lift the poor out of poverty could be hit hard. The World Bank said the pandemic is forcing millions of Indians into poverty, with half of India’s population endangered by the pandemic’s income and employment losses.