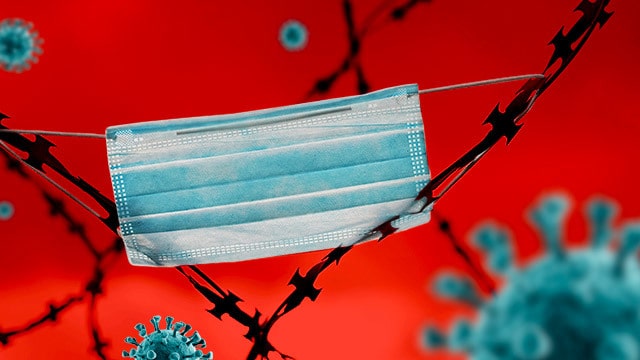 The Philippines has the world’s highest prison occupancy rate, aggravated by the war on drugs waged by the Duterte administration, under which hundreds of thousands of people have been imprisoned since July 2016. Since March 2020, thousands of people have been charged and briefly held for breaking curfews and quarantine laws, with subsequent chaotic police lockups and jails.

As with many infectious diseases, COVID-19 presents a greater risk of individuals living next to each other. Congestion and other related health issues have been well reported in the Philippine prison system. The hospital director at New Bilibid Jail, the country’s largest penitentiary, said about 5,200 prisoners die each year from tuberculosis and other infections, as well as abuse – about 20 per cent of the total prison population.

International guidelines suggests the most effective way for detention centers to discourage coronavirus spread is to enforce internal distancing which is described as allowing for two meters of separation between detainees and workers at all times, including during meals and in cells. Isolating high-risk people, people measuring positive or with COVID-19-consistent symptoms, as well as their close associates, is often critically necessary. These interventions, however, are not possible in the highly overcrowded jails in the Philippines, thus increasing the need for authorities to reduce jail populations immediately.

Right now the country is facing another dilemma since a total of 195 individuals deprived of liberty (PDLs) have developed coronavirus disease.

During the Defeat COVID-19 Committee (DCC) Peace and Order Cluster electronic meeting of the House of Representatives, Iral said that 195 of the 373 PDLs tested were positive.

No-one has returned yet and the representative, Iral confirmed that 185 of the tainted PDLs are being held in the Cebu City Jail.

Thirty-eight employees of BJMP have tested COVID-19 positive. As of Tuesday morning, Iral said that five have recovered.

Ral stated that all patients — both PDLs and staff — are separated for more concentrated medical treatment and are closely supervised by the agency in conjunction with the Health Department and local epidemiology unit.

They added that in cooperation with the International Committee of the Red Cross for PDLs inside the BJMP National Capital Area and related isolation facilities in the provinces of Pampanga and Quezon, they are also building a 150-bed COVID-19 Isolation Centre.

In fact, Iral said they regularly administer supplements and face masks to PDLs and inmates as well as conduct routine disinfection of cells and other jail facilities.

This kind of situation have set worries for the family members of the detainnes but BJMP were able to expand the initiative for online visits to sustain contact between PDLs and their loved ones.

May the internal distancing work well inside the prisons.

This situation is definitely alarming.