The Asian Affairs > Indonesia > The Unexpected: Jokowi Believe that Sharia Finance Market Has an Emerging Power in Indonesia 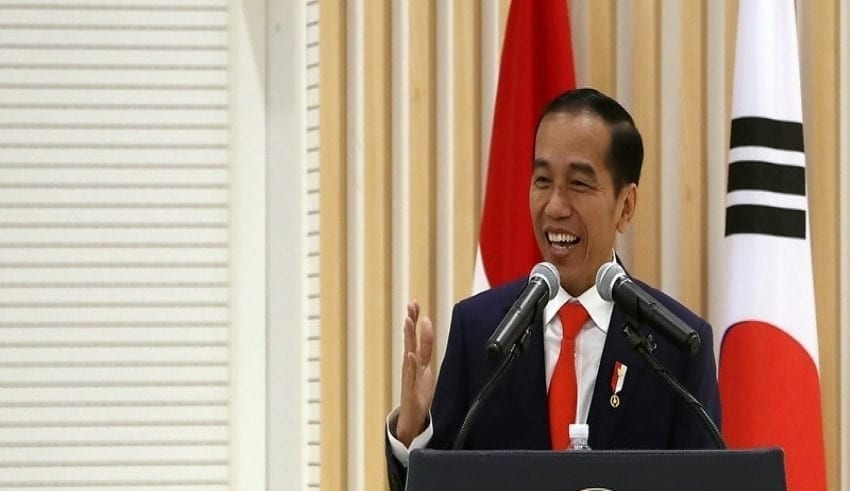 Jokowi claims that one plan for awakening the sleeping giant was to develop an institution that would emerge as Indonesia's largest sharia bank.
(C) Flickr,Republic of Korea

President Joko Widodo shared that the government would try to push the growth of the financial industry of the domestic sharia that he described as a sleeping giant.

Jokowi claims that one plan for awakening the sleeping giant was to develop an institution that would emerge as Indonesia’s largest sharia bank. The President applied to the merger of three Sharia banks operated by the state: PT BRI Syariah Tbk, PT Bank Syariah Mandiri, and PT BNI Syariah.

The reserves of the three Sharia banks amounted to Rp214 trillion as of the first half of 2020.The head of state, on the other hand, highlighted the ongoing efforts of the government to create a micro endowment bank in several locations. To encourage the growth of the sharia financial market , the government has collaborated closely with Islamic boarding schools (pesantren) and religious organizations.

The growth of the real-world sharia market, labour-intensive and halal factories will theoretically absorb considerable labour and build new enterprises. Indonesia has been offering numerous top items in the halal market, including meat, cosmetics, and apparel. The capacity of the halal industry, however, had yet to be optimally exploited for which coordinated and systematic growth of the sector was deemed necessary, stressed the President.