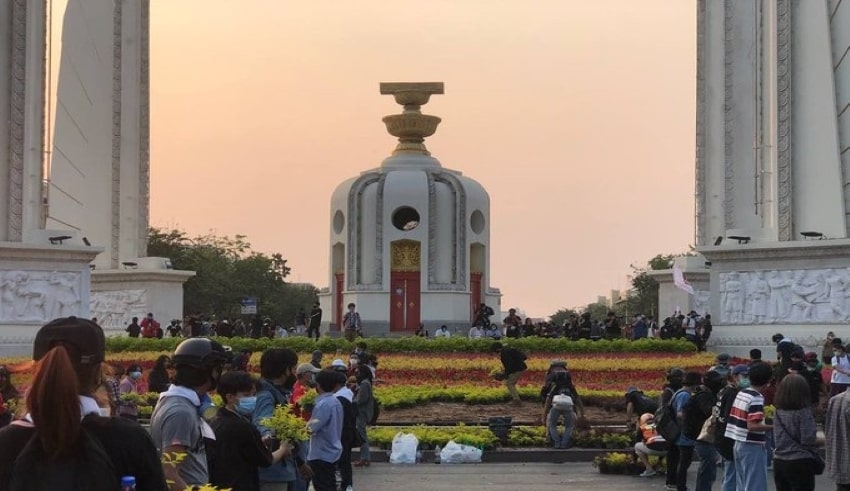 The Move Forward Party (MFP) will have its work cut out pushing for a new constitution. However, the second largest opposition party believes it still has an ace up its sleeve, according to MFP secretary-general Chaithawat Tulathon.
(C) prachatai_en

The Move Forward Party (MFP) will have its work cut out pushing for a new constitution. However, the second largest opposition party believes it still has an ace up its sleeve, according to MFP secretary-general Chaithawat Tulathon.

The business of rewriting or drafting a new charter has provoked conflicts even within the opposition camp. Between the government and the opposition camps there are now nine amendment drafts circulating, with many likely to fall at the first hurdle. One key amendment being sought involves stripping the Senate of its power to co-select a prime minister, although change may prove so difficult that a vote from the Senate itself is required to greenlight a revised constitution.

There’s No Need To Rush When it Terms to ChaCha

Yet, in an exclusive interview with the Bangkok Post, Mr Chaithawat reaffirmed the MFP’s position that constitutional reform must go all the way or it may as well not be pursued at all. The party favours a brand-new document and insists the amendments should not spare Chapters 1 and 2. Chapter 1 contains sections defining Thailand as a single, indivisible kingdom with a democratic regime and the King as head of state. Chapter 2 contains sections that deal with royal prerogatives.

But for all-out change to happen, the initial window must first be opened. That is, a draft bill on a referendum has to be passed first, after the second, third and final readings tomorrow.

Assuming the bill is enacted, the MFP will waste no time raising a motion in parliament requesting approval for a referendum to gauge whether there is consensus among the public that the current charter, which opponents have decried as the fruit of coup-makers, should be abrogated to make way for a replacement.

Mr Chaithawat said a referendum has the support of the opposition and several government MPs. the opposition proposed the charter rewrite via a constitution drafting assembly (CDA) earlier this year, the matter was forwarded to the Constitutional Court. t ruled the move was tantamount to drafting a new constitution in which case a referendum must be held before and after the drafting process. Mr Chaithawat said lawmakers in the government camp who were insistent on having a CDA take charge of the charter rewrite should therefore have no reason to block a referendum bill.

He shared the referendum would be a vital vehicle to get the process of drafting a new charter rolling. As a matter of principle, no content should be off-limits to change, including Chapters 1 and 2. A referendum would provide a mandate from the people and if the bill that governs it cleared parliament, it would settle once and for all the question of how total any rewrite should be.

With regard to the provisions for staging national elections, he said the MFP is in rare agreement with the ruling Palang Pracharath Party and the main opposition Pheu Thai Party that the system of two ballots one to vote for a candidate and the other for a party should be restored. Morever, The current single-ballot election has been criticised for depriving people of the opportunity to choose the politician they favour for their area, when they vote for the party they wish to see govern the country.

Thailand – Surprisingly, Phuket is getting ready to carry out the “Together Ph…