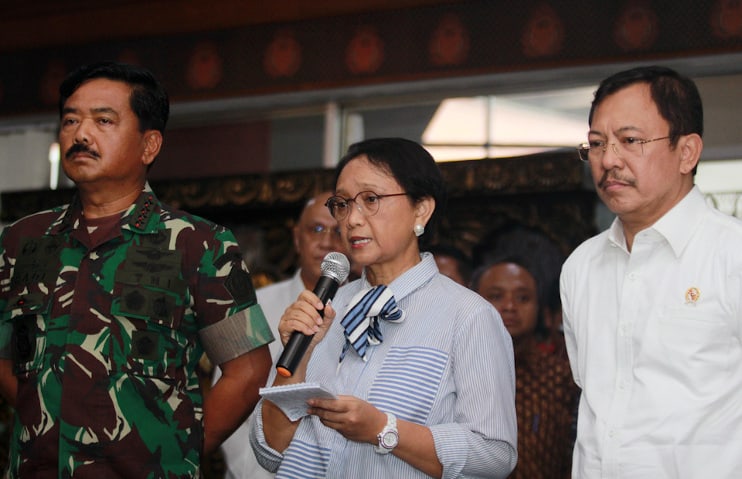 As many 18 Indonesian crew members on the Diamond Princess cruise ship that quarantined off Yokohama in Japan, showed test results that three out of them have been infected by the coronavirus.
This was confirmed by Indonesia’s foreign minister, on Tuesday.

“The Japanese Ambassador [to Indonesia] has told me that three of the 78 Indonesian crew members on the cruise ship had been confirmed [to be infected with the coronavirus],” Minister Retno Marsudi said, Tuesday, Feb. 18.

Currently, the total number of confirmed coronavirus cases on the cruise ship has now reached 446. They have been in quarantine since Feb. 3.

Of three Indonesian crew members who tested positive for the coronavirus, two of them have been taken to a hospital in Chiba City. While, the other person was being taken to another hospital on Tuesday.

However, Retno could not confirm that those Indonesian citizens would have treatment to which hospital.

Previously, the Diamond Princess cruise ship carrying 3,714 people, which was consisting of 2,666 passengers and 1,045 crew members from 56 countries, before it was prevented from sailing off Yokohama.