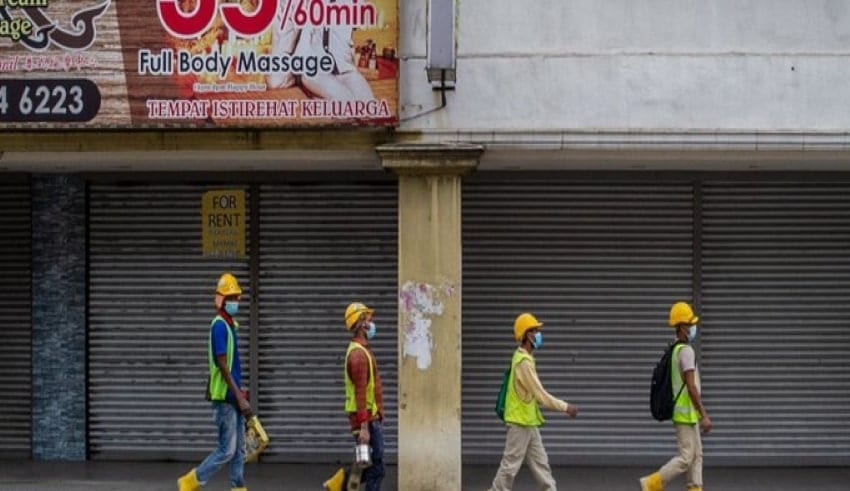 A three-and-a-half-month resettlement program for illegal immigrants in Sarawak is projected to gradually alleviate the shortage of 5,000 workers in the construction industry.
(C) Malay Mail

KUCHING: A three-and-a-half-month resettlement program for illegal immigrants in Sarawak is projected to gradually alleviate the shortage of 5,000 workers in the construction industry.

Several other industries, according to Sim Kiang Chiok, the Kuching chairman of the Sarawak housing and real estate development association, face the same issue.

Many foreign workers who had left the country before the March 2017 movement control order were unable to return due to various restrictions and border closures, he said.

“By allowing illegal immigrants who are already in the state due to overstaying or misusing of their pass to be employed legally will help to resume, restore and move the economy forward,” he told FMT.

He claimed that without foreign workers, several industries in Sarawak, particularly plantations and construction, would be unable to develop.

The state government has approved the introduction of a recalibration program for illegal immigrants from March 15 to June 30, according to Deputy Chief Minister Douglas Uggah Embas.

Illegal immigrants may either return to their home country or work legally in Sarawak under the scheme.

The scheme, however, is only for those who have overstayed or misused passes by working in a different sector. Illegal immigrants who entered the country without proper paperwork would be barred from working in the state.

Until illegal migrants may be legalized, their employers must pay a fine of between RM300 and RM500 for their behavior.

According to Jonathan Chai, secretary-general of the Sarawak Business Federation (SBF), the state’s plantation industry is short 40,000 jobs. As a result, legalizing illegal migrants is a must.

“The (shortage) are mainly the 3D jobs – dirty, dangerous and difficult – that the locals are less interested in. Thus, we need the foreign workforce to support the industry,” he said.

“The programme will help to enhance the security of the state during this pandemic; at least it provides a better way to trace the whereabouts of those workers in case contact tracing is required,” he added.