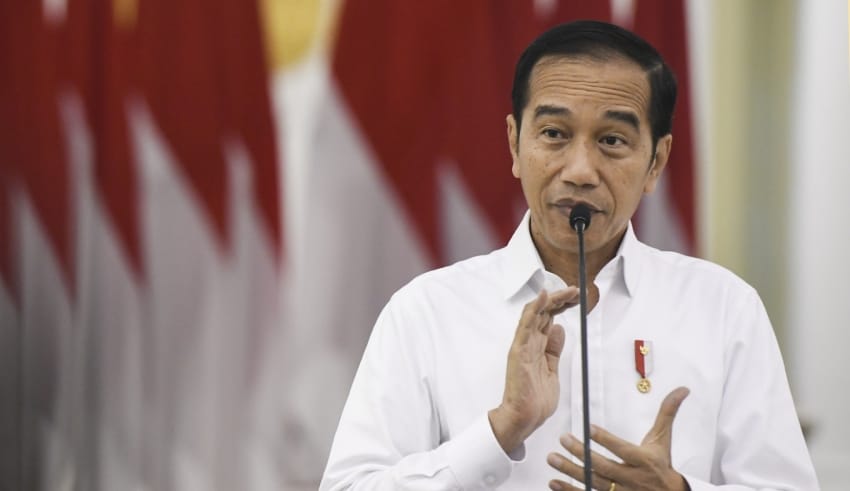 President Joko “Jokowi” Widodo has finally decided and officially barred – after much criticism – all citizens from traveling to their hometowns or mudik during the Eid al-Fitr celebrations in a bid to curb the COVID-19 outbreak which has recorded 6,760 positive cases in Indonesia

“At today’s meeting, I decided that the ban will be applied on the ‘mudik’ (Eid al-Fitr exodus) tradition for all citizens,” President Jokowi stated at a virtual meeting to discuss precautionary measures in connection with the homecoming tradition at the Merdeka Palace in Jakarta on Tuesday, April 21.

Jokowi explained that the decision was taken on the basis of the evaluation conducted by the Transportation Ministry. The result of the evaluation done by the ministry indicated that 68 percent of Indonesians have committed to not go homecoming, while 24 percent still insisted that they do, with 7 percent having already gone homecoming.

The head of state noted that the government had striven to prevent the risk of further transmission of COVID-19.

In terms of the preparations following the national ban on homecomings thus far, social assistance programs have been distributed, the food staples card program is now running in the greater Jakarta area, and the pre-employment card program has also started. “This week, cash assistance will also be given,” Jokowi added.

Coordinating Minister for Maritime Affairs and Investment, Luhut Pandjaitan, announced the prohibition of the annual mass exodus to villages, or mudik, during this year’s end of the fasting month (Ramadan) and Eid Lebaran holiday will take effect starting April 24, 2020.

“The ban on mudik is effective on Friday, April 24, 2020. The policy also stipulates sanctions, but it will be imposed starting May 7,” the minister said via teleconference after a limited meeting with President Jokowi on Tuesday, April 21. According to him, there will be sanctions for those violating the policy. However, he stopped short of detailing the sanctions.

On the other hand, Adib Khumaidi, deputy chairman of the Executive Board of the Indonesian Doctors Association (IDI), advised the government to temporarily stop public transportation to prevent ‘going home’ or ‘mudik’, the tradition of people returning to their hometowns during Ramadan and Eid.

If mass transportation still operates, Adib said, he fears the public would insist on leaving Jakarta—or other big cities they work in—to go on a mudik trip. Therefore, he requested that an operational ban be imposed on land, sea and air transportation to further prevent the transmission of Covid-19 in the countryside.

Previously, the Indonesian People’s Consultative Assembly (MPR) Chairman Bambang Soesatyo has urged the government to promptly issue a regulation banning the Eid al-Fitr homebound exodus to curb the transmission of COVID-19. As a precautionary measure to prevent significant community transmission of COVID-19 in Indonesia, the central government should intensify coordination with regional administrations to implement the strategy to prevent the spread of COVID-19 as a result of the Eid al-Fitr homebound exodus.

[…] the central government imposes a ban against homecoming traveling, or called “mudik”, state-owned railway operator PT KAI overseeing the operation area 1 in Jakarta will stop all […]